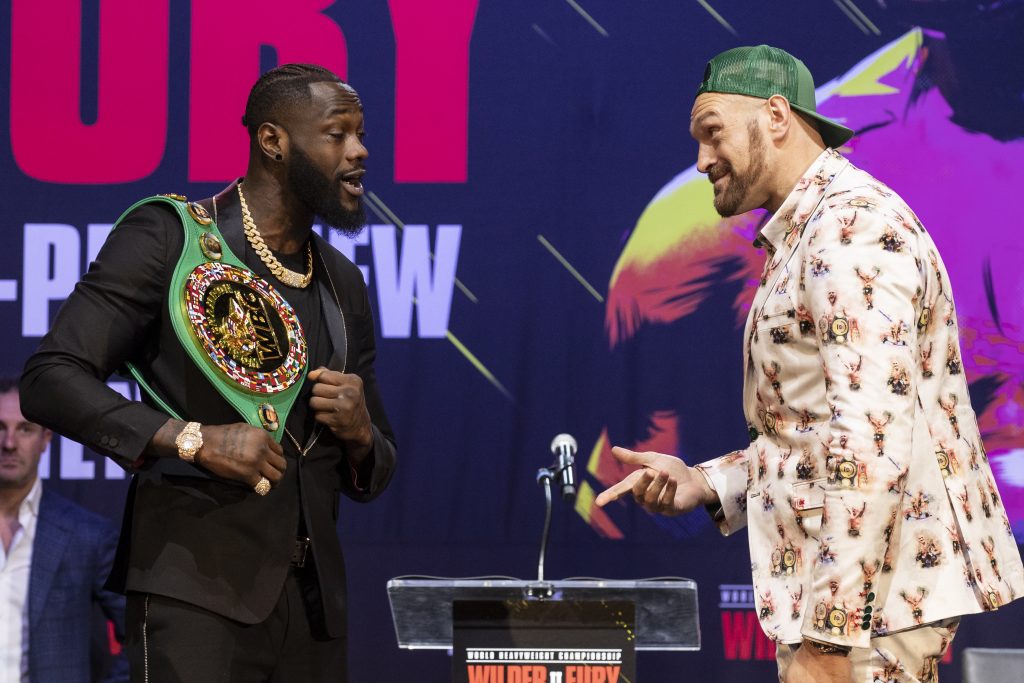 Deontay Wilder and Tyson Fury started the verbal war. The press conference  between their rematch this weekend was difficult to watch at the end when Wilder upset Fury with some of his comments.

Here are the highlights of the tension talking:

Fury: “I was the man that beat Wladimir Klitschko. I took over the division, not you. I brought you to big-time boxing.”

The fight's on Saturday but Wilder and Fury are starting early 🔥 @br_betting pic.twitter.com/8vzSWVJyAW

Fury: “You cherry-picked me”.

Wilder: “You were contemplating killing yourself because you didn’t want to live anymore, boy. I said, ‘Fury, you get your a– up. You get in that gym.’ I said, ‘I dare you to come back.’ I said, ‘You won’t come back,’ and what you did? Come on.”

Fury: “I came back and kicked your a– all over.”

Wilder: “How many times did you dream about the 12th round, because that’s the only thing they got to promote. Hello, can you talk? Cat got your tongue. I got a sixth sense. I know what nervous energy is and what it looks like, and what it smells like p***.”

Fury: “Terrible [when asked how his cut is doing]. It’s come open 4 times in training camp, and it’s come open with little flicks. So you shouldn’t have any problems opening it up, should you? The biggest puncher that ever lived. The so-called biggest puncher, but couldn’t even keep a man down in the 12th round, could you?”

“I’m going to see if he can get up off the floor. I don’t think he’s got the bottle. He ain’t got it. He’s an un-tough fighter, he’s a bully fighter, and when a bully gets bullied, he folds every single time. Wilder, this is a big act for him.

“He’s very nervous underneath. I can see his heartbeat pounding out of his chest. He’s terrified. He’s nervous as hell. He doesn’t know what to expect. You’re nothing but a skinny little p***.”

Fury: “That’s what you are. You ain’t nothing. You’re not scary, and you’re not terrifying.”