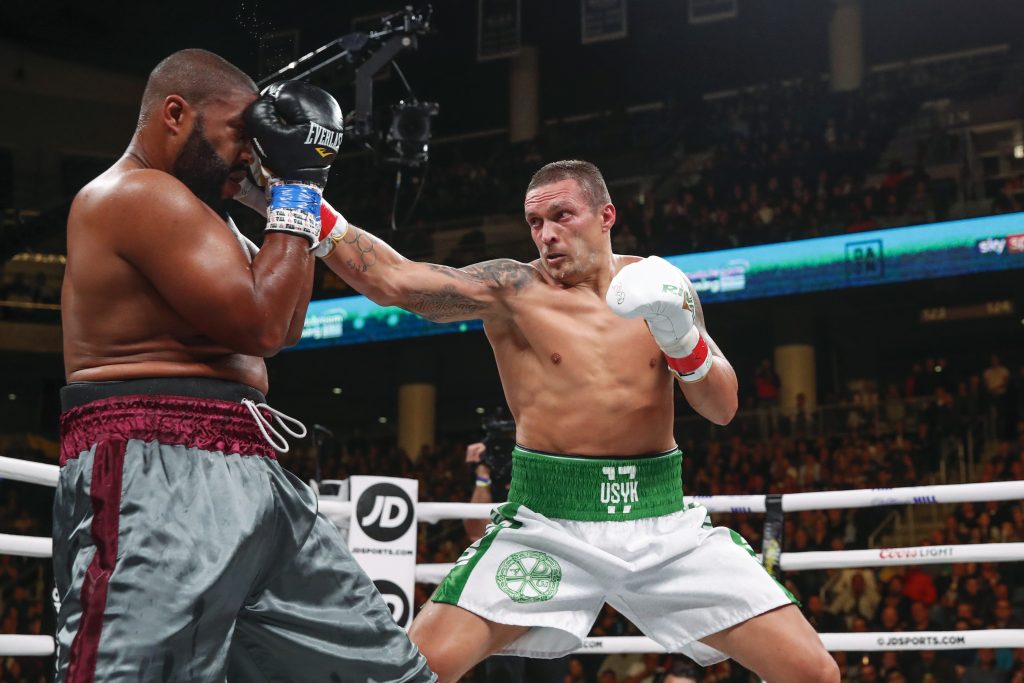 Former undisputed cruiserweight champion Oleksandr Usyk is now out of his contract with Eddie Hearn and “Matchroom Boxing” unless he fights the unified heavyweight champion, Anthony Joshua, next.

Eddie Hearn himself declared the breaking news. Usyk is the WBO mandatory challenger to Joshua, but that fight could be delayed because of an undisputed mega-fight between Joshua and Tyson Fury. Hearn stated that if the Ukrainian boxer decides that he doesn’t want to wait, Anthony Joshua will vacate the WBO strap and Usyk will fight Joe Joyce for the vacant gold.

“I think it’s a situation where… this isn’t really a dig at any of his team but some people just have the idea that he should be getting millions of dollars to step aside for this fight.

“Really what will happen is, we will apply to the WBO for the undisputed fight and if they say, “No, you need to talk to Oleksandr Usyk” we will go to Oleksandr Usyk and we will try to make him happy to allow that fight to go on. “It’s like: do you really want to stop this fight from happening? Now you have to be respected because you’re in the mandatory position, but there is a solution.

“As I’ve said before, this fight between Fury and AJ will happen with all the belts or not one belt at all. But the problem is when there’s a big fight like this, everyone wants… I’ve got to get my words right here. Greed is unbelievable”, Hearn added.

“It’s going to come down to the fighters. The fighters are paying millions of dollars in sanction fees. I heard someone say Usyk wants a percentage of AJ and Fury’s purse to step-aside and I was like, “Mate!”.

“But there is a solution, and if everyone’s smart together we can find a solution. And I really want it to be undisputed, because that’s always been the dream for AJ and we’ll do everything we can.

“But we’re not going to be held to ransom by anyone. And if we lose one belt we’ll probably vacate them all and say, “This is boxing now”. But if everyone is sensible, and we’ll be fair in return, hopefully, we can find a solution.