Frank Mir: The rematch with Roy Nelson won’t be exciting for the fans 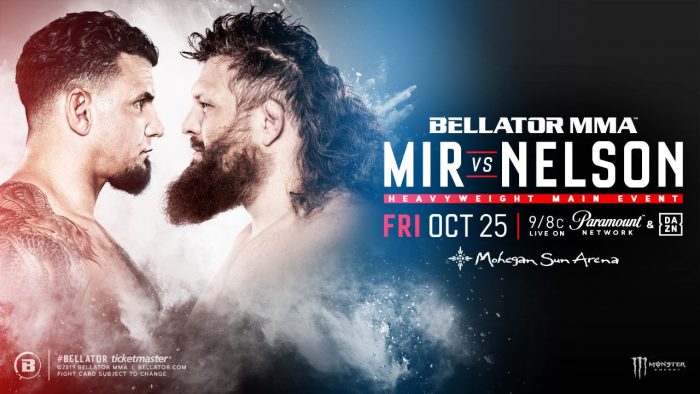 Former UFC heavyweight champion Frank Mir (18-13) made a bizarre and pretty honest statement about his upcoming fight with Roy Nelson (23-17).

The pair is scheduled to meet in the Bellator 231 main event on October 25. This will be their second fight after the vets already met back in 2011 when Mir got the W. The 40-year-old fighter said that there’s a big possibility that the fans won’t be entertained by the rematch, as both guys know each other pretty well.

“Whenever I fight Roy, I pretty much tell people, I warn people ahead of time: ‘It may not be the most exciting thing you’ve ever seen, because if you take too many risks with Roy, you get your head knocked off,’” Mir said.

According to Mir, he told the Bellator matchmakers he didn’t want to fight Nelson, but it was the only fight available.

“They were like, ‘Hey we want you to fight Roy on Aug. 23 or 24, and I turned it down,” Mir said. I was like, ‘Ah, I really don’t want to fight Roy.’…  Then I got the little email where they’re going to extend my contract and see if they can find me a new opponent.

“Well, lo and behold, they never found me a new opponent, and I didn’t fight. So, I come back and I’m texting them: ‘Hey can I get a fight sometime soon. Do you think I’ll fight before November?’ Then I get, ‘Well, we’ve got you pegged for Roy again.’ I’m like, ‘Man, you guys aren’t taking f*cking no for an answer, are you?’”

“Roy and I have trained quite a bit since that fight,” Mir said. “We know each other, too. That’s the problem, but no one wants to listen to me. When two guys know each other well – Roy knows me, and I know him – the idea of trying to bring any trickery is not going to really happen. Both guys understand what the other guy can do, and become very good at nullifying it.”