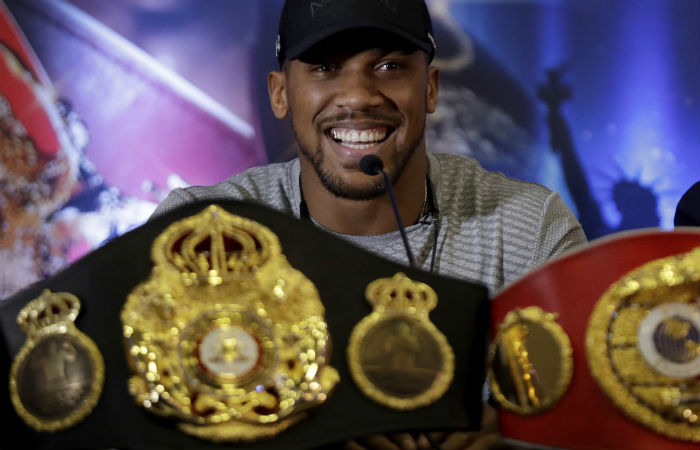 Tyson Fury is preparing for his upcoming rematch with WBC heavyweight champion Deontay Wilder, which takes place on February 22 at the MGM Grand in Las Vegas without Anthony Joshua.

When the rematch was officially announced, Joshua conducted several interviews where he openly offered up his services as a sparring partner to Fury.

Warren shoots down Joshua’s talk of making a massive offer to Wilder – should he win next month. Joshua says the offer would be big enough to make Wilder take a pass on a trilogy fight with Fury. Both Wilder and Fury have the option to exercise a clause for an immediate trilogy fight.

“Tyson Fury, Wilder, Joshua – they all have their 2020 mapped out. Joshua has two mandatories or he vacates a title. Tyson and Wilder fight on 22 February and the loser has the right to invoke a trilogy fight. That’s in their contracts. Can things change? Of course, but it’ll be expensive to do that. And I mean really expensive. Whatever this fight makes, Joshua will have to match it to get the loser to step aside. That will be millions upon millions of pounds. But to talk now all glib about a ‘curve-ball offer’ is rubbish,” Warren told Metro.

“It’s more difficult now to do a heavyweight unification fight than ever before. Wilder and Tyson are tied into two fights, Joshua has his mandatories. Joshua knows full well he’s talking nonsense. Is he trying to con the public? He’s certainly playing dumb. Joshua will say anything at this stage. Why did he say he’d go spar with Tyson? He never had any intention of doing that either. These fights can be made.

“Wilder and Tyson don’t just talk about the big fights, they actually make them. Tyson will fight wherever he gets the most money. In his head, and my head, he’s beaten Wilder already. If he beats him again, he’d definitely want to fight Joshua, but there’s contractual commitments with Wilder. And, Joshua has got to beat Kubrat Pulev and Oleksandr Usyk! The big concern is Joshua has been wobbled by his recent opponents.”