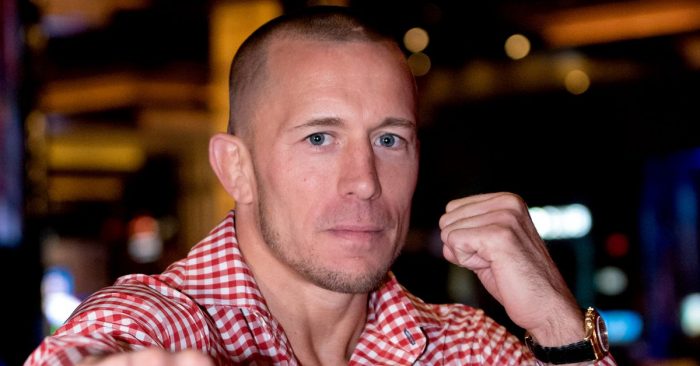 Georges St-Pierre has no interest to fight UFC welterweight champion Kamaru Usman. The MMA legend is happy with his retirement.

St-Pierre (26-2 MMA, 20-2 UFC), the former two-time UFC welterweight champ and former middleweight titleholder, is one of the biggest pay-per-view draws in company history.

“Sometimes I’m watching the fights, and I’m like, “Man I think I can beat these guys.” Or after when I’m done training I feel like I’m very confident,” St-Pierre told TMZ. “But then after I go home at night, and I’m thinking about all that crazy thoughts, and I’m like, “I’m gonna be 40 years old soon. Do I really want to go back and do a hardcore training camp of two months, put myself in jail so to speak, and get ready for hell? I’m like, “No, I don’t.”

“I’ve done it for a very long time, and unfortunately in my sport there are too many guys that retire too late, and I do not want to be one of these guys.”

St-Pierre may not have any interest in fighting Usman, but that didn’t stop him from praising the champion’s skills and his recent win over Masvidal.

St-Pierre was one of the smartest fighters, which prevented him from taking too much damage.

“I’m very fortunate, I’m healthy most importantly, and I’m also wealthy,” St-Pierre said. “I came out at the right time. I made a lot of money, and I think the problems are when I matured and calculated the pros and cons, it’s better that I stay retired.”