Here’s all the reasons Khabib Nurmagomedov vs. Tony Ferguson has been canceled 5 times 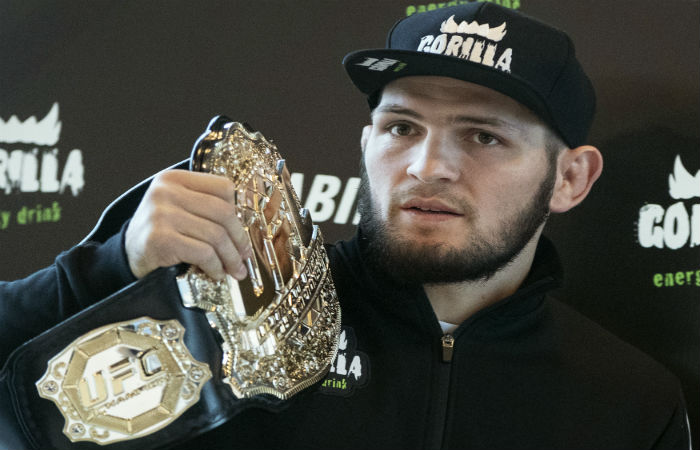 With the coronavirus pandemic sweeping the globe, the UFC’s lightweight champion announced that he would not be breaking quarantine just for the sake of his upcoming fight on April 18. Nurmagomedov had recently traveled home to Russia to finish his training camp, but travel restrictions issued by his native country prompted him to pull the plug.

Unfortunately, Nurmagomedov’s decision will once again cancel a fight with Ferguson after the two top-ranked lightweights have been matched up on five ill-fated occasions.

Let’s take a look back at the history of Nurmagomedov vs. Ferguson and what led to each of these fights being cancelled.

The Ultimate Fighter 22 Finale — Dec. 11, 2015
After starting out his UFC career with a perfect 6-0 record, including a win over future lightweight champion Rafael dos Anjos, Nurmagomedov was matched up with Ferguson in a featured bout on The Ultimate Fighter Season 22 Finale card in Dec. 2015.

Three months before the fight was scheduled to take place, Nurmagomedov pulled out of the fight due to a rib injury he suffered in training. At the time, Nurmagomedov even questioned his ability to compete again after injuries had plagued so much of his UFC career.

With Nurmagomedov out, Ferguson ended up matched up against Edson Barboza instead.

Ferguson took home a rare double bonus for “Performance of the Night” and “Fight of the Night,” going to war with Barboza before wrapping up a second round D’arce choke submission to extend his winning streak to seven in a row.

UFC on FOX 19 — April 16, 2016
After Ferguson picked up a win over Barboza, the UFC decided to rebook him against Nurmagomedov four months later in the main event at a UFC on FOX card scheduled for Tampa, Fla. The fight was expected to serve as a title eliminator, with the winner potentially moving onto compete for the lightweight championship.

Eleven days before the event was scheduled to take place, Ferguson was forced to pull out of the fight due to blood and fluid in his lungs.

“Usually I can power through these things,” Ferguson wrote when explaining his withdrawal from the card. “Doc said it wasn’t wise to fight due to any more trauma could be terminal.”

With less than two weeks remaining until the card took place, Nurmagomedov was matched up with UFC newcomer Darrell Horcher, who accepted the short notice opportunity in a main card fight with Glover Teixeira vs. Rashad Evans bumped up to the headline spot.

Nurmagomedov dominated Horcher and eventually finished him by TKO in the second round.

At the time, reigning 155-pound champion Conor McGregor was taking a break to celebrate the birth of his first child and spent the majority of 2017 building towards a boxing match with Floyd Mayweather. With McGregor sidelined, the UFC opted to matchup Nurmagomedov and Ferguson again with an interim lightweight title on the line.

Just over 24 hours away from the event, disaster struck again when Nurmagomedov dropped out of the co-main event after suffering through a brutal weight cut that forced him into the hospital. Nurmagomedov was discharged a short time after but there was no way he would be able to compete.

The fight with Ferguson was cancelled for a third time and no interim champion was crowned.

UFC 223 — April 7, 2018
Following the cancellation of their fight at UFC 209, Ferguson was eventually placed into an interim lightweight title bout against Kevin Lee at in October 2017. Ferguson captured the belt with a third round triangle choke submission.

Because McGregor was still sidelined, the UFC decided to have Ferguson face Nurmagomedov at UFC 223. The winner of the bout would be declared the undisputed lightweight champion with McGregor’s belt being vacated the moment the lightweights clashed on April 7, 2018 at Barclays Center in Brooklyn, N.Y.

But just six days prior to the event, Ferguson was forced out of the fight when he suffered a serious knee injury. Of all things, he had tripped over a wire at a television studio a few days earlier while promoting the fight and had torn his LCL, which needed surgery.

Nurmagomedov was then expected to face featherweight champion Max Holloway on short notice. Unfortunately, Holloway was deemed ineligible to compete after the New York State Athletic Commission would not allow him to continue cutting weight as he sought to get down to 155 pounds on extremely short notice.

Nurmagomedov eventually faced Al Iaquinta on 24 hours’ notice and won the fight by unanimous decision to become UFC lightweight champion. Rather than rescheduling the fight with Ferguson, the UFC decided to put Nurmagomedov in a fight against McGregor that October.

In a wild turn of events, Ferguson was able to return to action on the same night when he defeated Anthony Pettis in the “Fight of the Night” at UFC 229.

UFC 249 — April 18, 2020
The fight between Nurmagomedov and Ferguson was rescheduled a fifth time at UFC 249, which was originally expected to take place at the Barclays Center in Brooklyn, N.Y., on April 18.

That was before the coronavirus pandemic changed everything, as states all over America started shutting down mass gatherings with sports leagues like the NBA and NHL completely suspending play.

After the New York State Athletic Commission nixed the fight happening in Brooklyn due to the ongoing COVID-19 outbreak, the UFC decided to soldier on, searching for a new location behind closed doors without an audience.

While he started his training camp at American Kickboxing Academy in San Jose, Calif., Nurmagomedov decided to return to his home in Russia after he said he was denied entry into Abu Dhabi, where he said the UFC told him the fight with Ferguson was likely going to take place. The Russian then government then issued a travel ban that closed the country’s borders in order to slow down the spread of the deadly virus, though it didn’t preclude commercial or private air travel.

But on Wednesday, Nurmagomedov issued a statement explaining why he was uncomfortable moving forward with the fight, not the least of which was breaking quarantine to travel halfway around the world for the event.

With that, Nurmagomedov’s UFC 249 main event against Ferguson was off, and for the fifth time in less than five years, the fight was scrapped.