Ivana Jandric: Use the time in your career and make yourself a platform 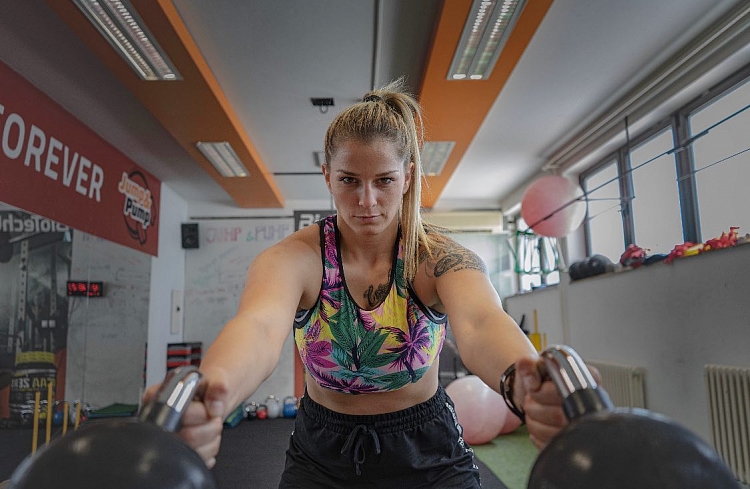 — What city you were born and raised? Tell us a bit about your city

— I was born and raised in a city called Novi Sad in Serbia. That’s the second biggest city in our country. Novi Sad is very special, and not only because people who live in it are special, but also because we don’t have even one hill on our streets. It’s a student city, so a lot of people from all around come here, and we kind of used to having foreign people.

— I would say “Petrovaradinska tvrđava”. This is a fortress on the river called Dunav. That is the place where “EXIT festival” is being held. Then, Štrand — this is the biggest beach with a lot of bars and a place to walk. Center of Novi Sad is very beautiful because it comes from Austro-Hungarian culture. We have two scenic streets where you can take a nice walk or have some coffee. Dunavski park is the biggest park with a little lake and a lot of trees, it’s really nice to take a walk over there. “Kej” is the place next to Dunav where people usually go for a walk, but in past few years it’s a favorite place of all students — they like to go there at night, sing, listen to music, talk or to party.

— What did you want to become when you were a child?

— I wanted to be like my grandma and to become a doctor, but it didn’t take long for me to realize that it is not going to happen. Then I wanted to be a journalist, I even took it as my major at the university, finished almost three years of journalism education. But I guess life took me back on track, and now I’m in a sport science, where I was supposed to be from the beginning. 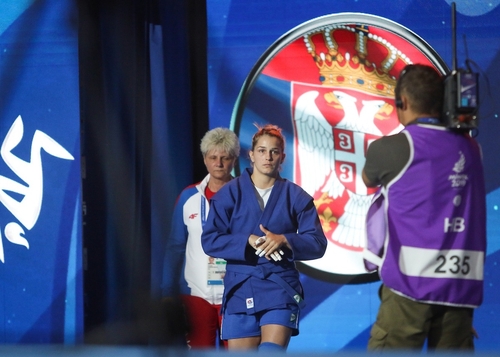 — What is your education?

— Right now I’m a student at the faculty of sport and physical education. I’m on the second year and I’m one of the oldest students in my class.

— How and when did you come to SAMBO?

— I came to sambo in 2010, when I was 17. A lot of girls from my club were already competing in sambo, but I knew about it just from stories. My coach took me to Prague on European championship in 2010 for my youth competition, and I won silver medal. Same year I won silver in the World Championship, which made me think I’m good at that sport and that I like it. 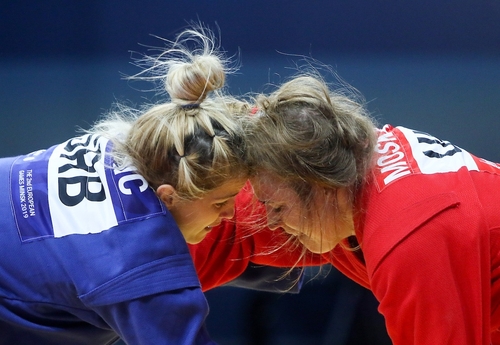 — Sambo is a special sport in my eyes because of people who are fighting in it. I have a lot of friends, but sambo athletes from South America are very special. Their mentality and energy are unique, so if someone has charisma, they are the first choice for me. 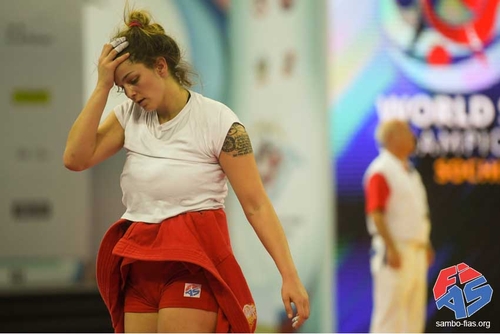 — About what disadvantages of professional sports the beginners need to be warned?

— There are a lot of injuries in professional sports, and those injuries can have their own consequences. So use the time that you have in your career and make yourself a platform for what you want to do after it.

— What you can do well except sambo?

— People don’t know, but i play football very good. I play it with the the boys everytime that I can. I’m good with languages as well. I could probably think of something more, but those two are the first things that come to my mind.