“Jacare” Souza: Anderson Silva does not deserve a title shot 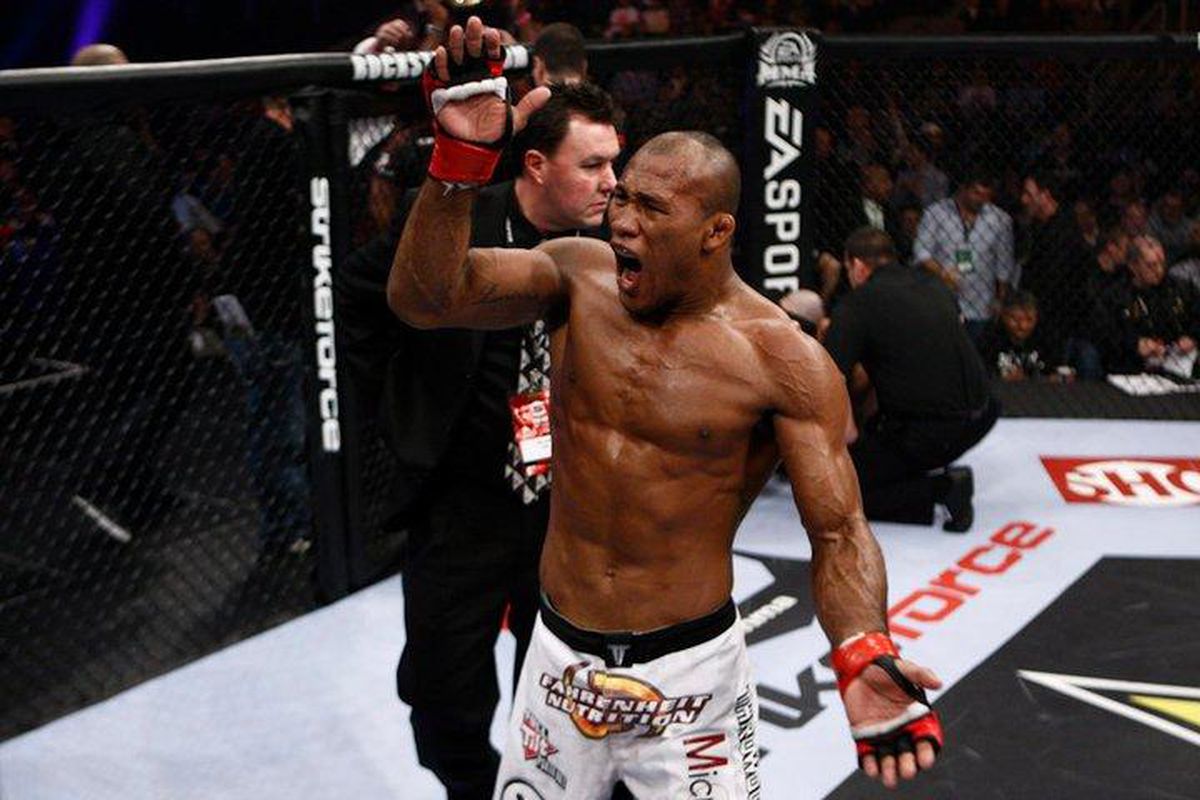 Ronaldo Souza is not happy with Israel Adesanya or Anderson Silva getting the next shot on the UFC middleweight championship.

“Jacare” speaked publicly in November that he would sit and wait for a shot at the belt after a third-round knockout win over Chris Weidman. Five days later, UFC president Dana Whiterevealed that Souza’s former teammate would be the next title challenger if victorious against “The Last Stylebender” Adesanya.

Anderson Silva is set to fight the young prospect in the middleweight division Israel Adesanya at UFC 234 on Feb. 9.

On a live chat with PVT on Tuesday night, Souza reacted to the news.

”In my (jiu-jitsu) days, I competed in the state tournament to earn a spot in the World Championship. If I didn’t win the state champion, I didn’t fight the Worlds,” Souza said. “(If I won), no one would jump the line. Now, because the guy has a name and everything… The reality is, Anderson is coming off doping, man. Anderson is out of the ranking. Do you understand that?”

Silva hasn’t fought since an unanimous decision win over Derek Brunson in February of 2017. In July of 2018, the Brazilian received a one-year USADA suspension, retroactive to Nov. 2017, after proving to be a victim of contained supplements.

”You see shits like that,” Souza said, “A guy jumping the fence to beat another one, and other shits, and you… I think I’ll start doping, I’ll start doing a bunch of shit, call everyone names. Maybe I’ll fight for the belt. But my conception is this, my principles and values are unnegotiable. If I deserve it or not, if they will give me (a title shot) or not, I won’t change. That’s the way I am and that’s my point of view.

”When Chris and I were going to fight, we respected each other. Everybody talked about our respect and everybody talked about our fight. What we do outside the Octagon, has nothing to do with what we do inside the Octagon. Inside the Octagon, Chris and I fought hard, we put our hearts in there to win, and that’s what people want to see. It’s not someone coming from doping, who is outside the ranking, who is famous because he’s one of the best in the world, to jump the line. The reality is everybody is seeing that and thinking it’s crap. And that’s the truth, it’s crap.”