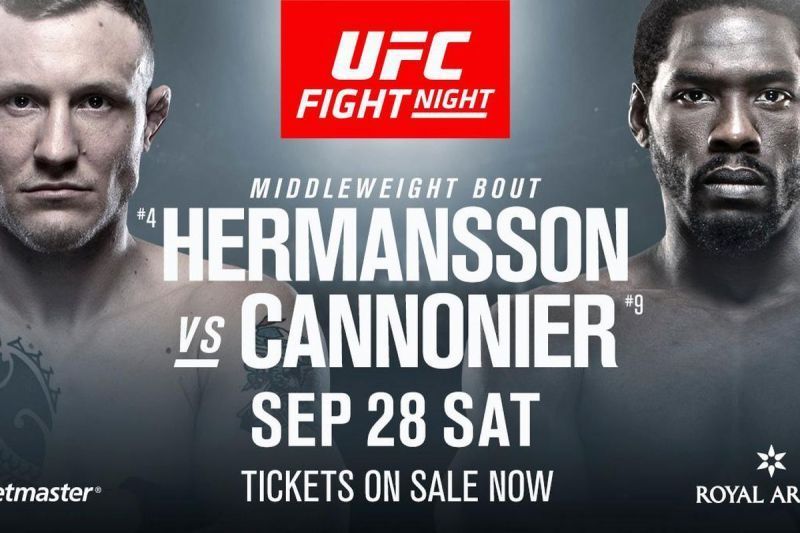 The 35-year-old American defeated Sweden’s Jack Hermansson (20-5) via TKO in the second round of their main event bout. Cannonier began his pro MMA career as a heavyweight, then he moved down to light heavyweight, but both divisions were obviously too much for him.

He made the switch to the middleweight division last year at UFC 230 and since then he’s 3-0.

Hermansson had the fans behind him, but that didn’t faze “The Killa Gorilla” at all. The American was smart and calculated with his moves, as he was throwing nice combos and mostly relying on counter-attacks. It was just a few seconds into the second round when Cannonier managed to land a short uppercut that shook “The Joker” who stumbled and fall on the canvas. Then it was all Jared who started mauling his adversary on the ground until the ref jumped in and called the fight.