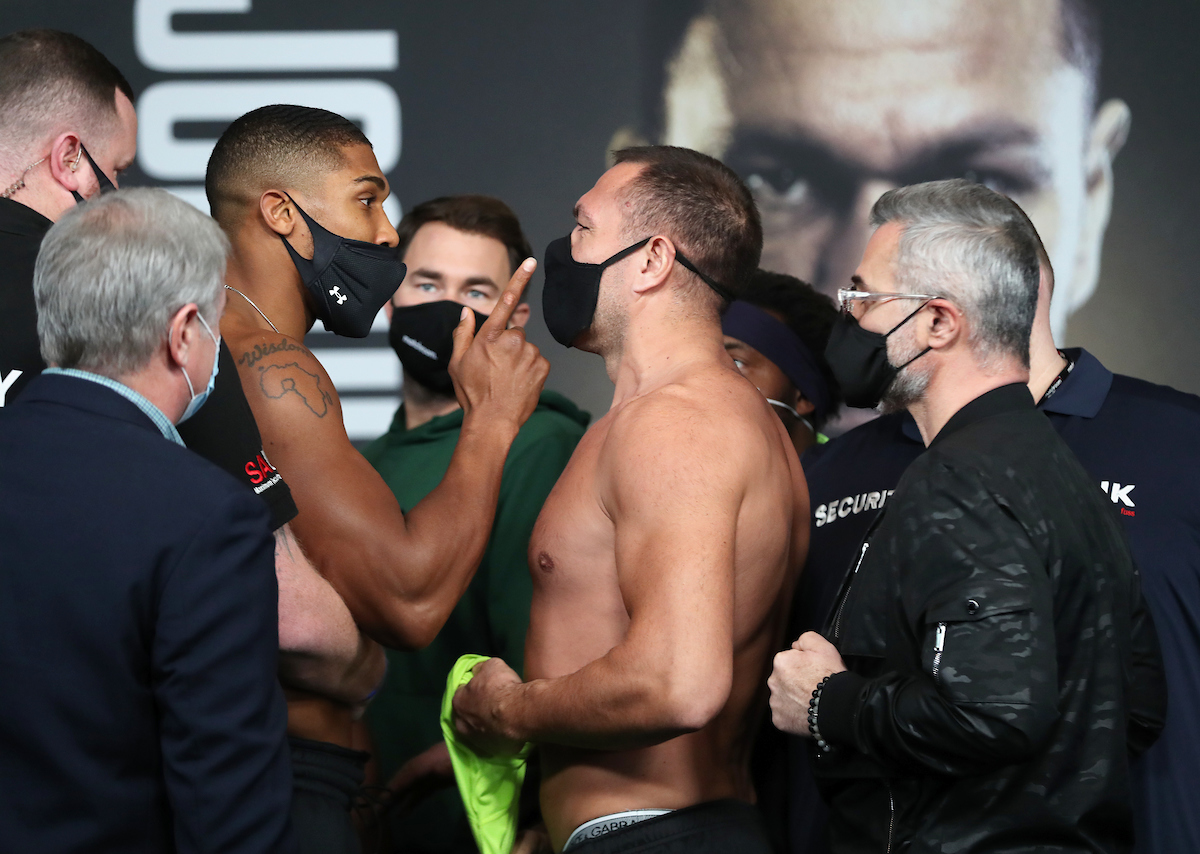 We present you the timeline to the fight Anthony Joshua – Kubrat Pulev. This is a list of all the occasions when AJ ducked the Bulgarian, since 2016 to December 12th 2012 !

AJ defeats Klitschko becoming the unified IBF and WBA champion and should have fought Pulev next. Instead, AJ requests an exception from the IBF to fight Klitschko in a rematch. In June 2017, the IBF grants this exception on the condition that the winner of the rematch fight Pulev next. This is Delay No. 2.

Instead of doing rematch, Klitschko announces he is retiring. The next day the IBF orders AJ to do mandatory against Pulev. Pulev is scheduled to fight AJ but gets injured in training a couple of weeks before bout. Instead of postponing the fight, Matchroom substitutes Carlos Takam on 12 days notice and IBF grants AJ’s request that Takam bout satisfy the IBF mandatory. This is Delay No. 3.

IBF orders Pulev to do second elimination bout against Jarrell Miller. Instead, Miller elects to fight Johann Duhaupas. This is Delay No. 4.

IBF then orders Pulev to fight Dominic Breazeale. After the IBF scheduled a purse bid for April 10, 2018, Breazeale pulls out of bout. This is Delay No. 5

IBF then orders a purse bid for Pulev to fight Dillian Whyte for the second elimination bout. Epic Sports wins the bid for the fight and shortly thereafter Whyte pulls out. This is Delay No. 6.

IBF orders purse bid for Pulev to fight Jarrell Miller for the second elimination bout. Epic Sports wins the bid for the fight and shortly thereafter Miller pulls out. This is Delay No. 7.

IBF then orders Hughie Fury to fight Pulev. To his credit, and despite a bad cut he received while training, Fury goes forward with bout. Pulev wins by unanimous decision and becomes the IBF mandatory again.

Miller is scheduled to fight AJ at MSG, but tests positive for PEDs. Matchroom replaces Miller with Andy Ruiz.

Ruiz knocks out AJ at MSG.

IBF orders Ruiz (as the new champion) to fight mandatory against Pulev. AJ triggers rematch clause in contract with Ruiz and a formal request for an exception to do the rematch is filed with the IBF. The IBF grants this exception. This is Delay No. 8.

Pulev appeals the granting of another exception with IBF. At the same time, Ruiz makes several public statements calling into question whether he will do the rematch. AJ files a lawsuit in New York to force the rematch with Ruiz. This is Delay No. 9 IBF denies Pulev’s appeal but amends its exception ordering the winner of the rematch to fight Pulev next and adds “without any intervening bouts.”
December 7, 2019
AJ wins rematch against Ruiz on points, becoming a two-time unified champion.

The week prior, on February 22, 2020, Tyson Fury defeats Deontay Wilder and immediately the boxing world starts talking about an undisputed championship between two British champions. Fury, however, is contractually obligated to do a rubber match with Wilder.

Due to the IBF’s amended exception order and the fact that Fury was committed to do a rematch with Wilder, Matchroom, Top Rank and Epic Sports sign an agreement for Joshua vs. Pulev at Tottenham Arena on June 20, 2020.

World shuts down due to Pandemic and the fight on June 20 is eventually cancelled. This is Delay No. 10.

After several months, on October 11, 2020, Matchroom, Top Rank and Epic eventually sign a new agreement for the bout to finally take place on December 12, 2020, whether fans are permitted or not. Importantly, however, AJ insisted on a clause that said if this fight is postponed again because, for example, Pulev got Covid or was injured, etc., instead of postponing the fight, they could terminated the contract and fight Fury if he was available.