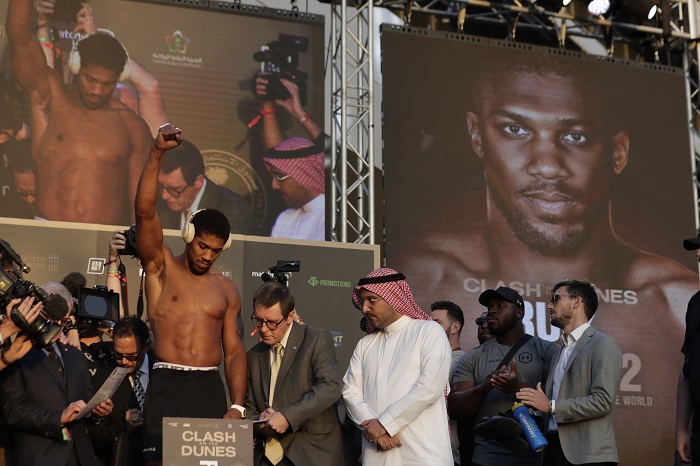 The American boxer is set to fight another Brit soon – Tyson Fury. “The Bronze Bomber” and “The Gypsy King” will meet in a rematch on February 22 in Las Vegas with the WBC belt on the line. Meanwhile, Joshua has to deal with his mandatory fights against Bulgaria’s Kubrat Pulev or Ukraine’s Oleksandr Usyk. It seems though, Joshua is already focused on facing Wilder in what could be the biggest fight ever.

“We’ve had meetings. That same meeting with Usyk’s manager, afterward we had another meeting to potentially put an offer in to solidify a fight with Wilder before they have even had their fight and before I have my next fight.

“Everyone wants Wilder to win because a fight with me is what everyone wants to see. Wilder has a great right hand, I have a great left hand. It is a great boxing match.

“We had a meeting about that. It has great potential. I heard they have a third fight lined up towards the end of the year but we have to throw a curveball in there.

“Something that gets Wilder’s attention providing he wins so that he thinks to himself: ‘Even though I have a rematch clause, I’ll see how I can manipulate my contract, get out of it, and fight for the undisputed championship’.”

Wilder and Fury, who fought to a draw 13 months ago, have already spoken about a third fight later in 2020.

“I’m supporting Fury because imagine the local kids being able to watch the undisputed championship fight on their doorstep. I’d love it to be here in the UK.”

Joshua must first defend his belts against one of his mandatory challengers, Pulev (IBF) or Usyk (WBO).

“The one that I don’t fight, I will fight eventually,” he said. “In the heavyweight division, everyone is welcome to challenge so even if it doesn’t happen the first time, one of them will fight me in the future”.