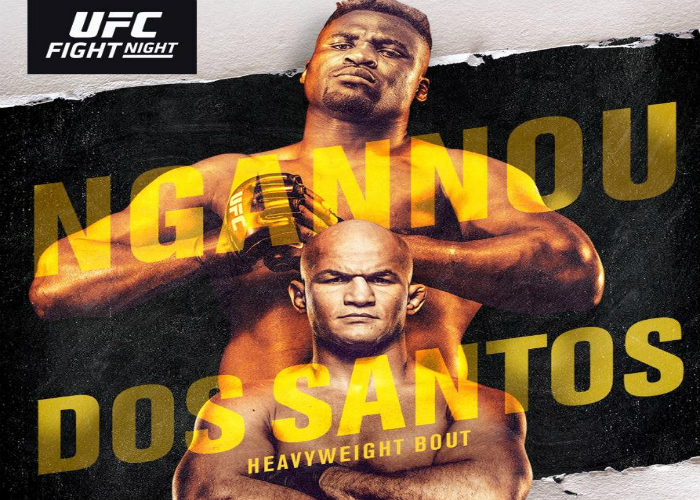 The Brazilian got KO’d in the very first round of his bout with “The Predator” who is gunning for a title shot. It seems though, dos Santos believes that a rematch between the pair is needed in order to determine who’s the better fighter.

“I was fighting against a big guy, everybody is talking about the power of Ngannou. I knew he had a lot of power, but at the beginning of the fight, I felt so good. He kicked me twice, I blocked the kicks twice. I kicked him twice again — one of the kicks he went down, the other one he fell. Then I punched him in the body and his eyes were kind of open.

“My strategy wasn’t to try to knock him out at the beginning, it was to move a lot and throw a lot of punches and make him follow me, make it a long fight. But then I felt so good, and I saw him start putting his arms down, and I said ‘oh my gosh, this is my time.’ And I threw that overhand right, and that was the biggest mistake.

“That wasn’t part of the strategy,” dos Santos continued. “That exposed me to his punches. He has a long reach, everybody knows that. I put all my power on that overhand right. And once I finished the punch, he connected a little punch right on my ear. I should have come back from the punch, gone backward, but I couldn’t. I gave my back to him, and he kept punching, and he won the fight.

“I’m not taking anything away from him, but it was a lucky punch. When I say lucky, there’s a big mistake in the fight world. Sometimes you say a guy won because he’s lucky. It doesn’t mean anything bad. Being lucky means that you’re taking some [action], you’re doing something positive, then luck can reach you, can find you. So being lucky is something important, something good for you.

“He enjoyed the moment and he finished the fight, but he’s not better than me.”