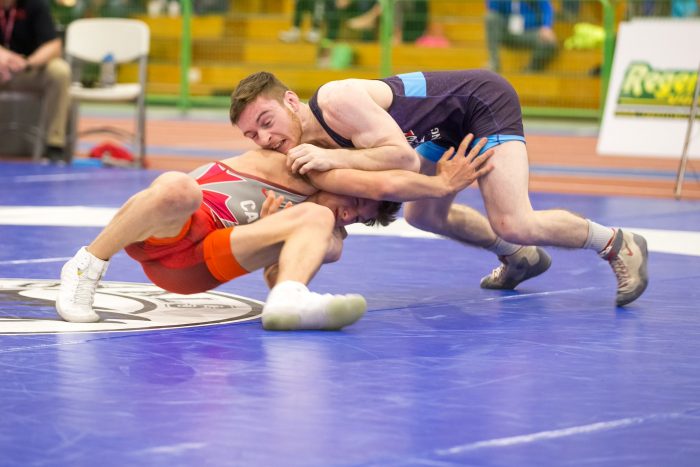 Across all three Olympic styles, the field includes eight World or Youth Olympic Games medalists, with six registered in women’s freestyle. There are also several past Pan American champions and medalists ready to compete at the continental championships.

Carson LEE (CAN) leads the field in individual accomplishments, with a 2018 Cadet World bronze medal to his name. He’ll seek the title at 79 kg.

There is only one returning Junior Pan American champion, Jonathan PRATA ALAS (ARG), who won the title at 57 kg last year. He is joined by two past Cadet Pan Am champions at 57 kg, including Lucas NAVARRETE VIDAL (ECU) and Roberto ALEJANDRO BLANCO (MEX).

Navarrete Vidal won in 2016, while Alejandro Blanco claimed his title in 2017.

In addition to Alejandro Blanco, there are two other Cadet Pan Am champs representing Mexico next week, Luis LOPEZ VASQUEZ at 97 kg and Luis OROZCO CORTEZ at 125 kg.

Peyton ROBB (USA), a 2017 Cadet Pan American champion in freestyle and Greco-Roman, is registered at 70 kg. He is the only wrestler entered that has won titles in both styles.

Heading to his second continental championships of the year is Cristian SOLENZAL LOPEZ (CUB), who won silver at the 2019 Senior Pan American Championships. He will compete at 65 kg in freestyle and 67 kg in Greco-Roman.

The men’s freestyle competition will take place on June 7.

The 50 kg weight class seems to be the toughest in the entire tournament, featuring three World medalists.

Leading the pack is 2018 Cadet World and Youth Olympic Games champion Emily SHILSON (USA). She is also a 2017 Cadet World silver medalist and won Cadet Pan Am championships in 2017 and 2018.

Looking to challenge her is Julieta MARTINEZ GONZALEZ (MEX) and Lucia YEPEZ GUZMAN (ECU). Both won bronzes at the 2017 Cadet World Championships.

Martinez Gonzalez is not the only Pan Am champion representing Mexico. Her teammate Atzimba LANDAVERDE MORENO (MEX) looks to defend her 2018 Junior Pan Am title at 68 kg.

Of note, all eight of Mexico’s entrants in women’s freestyle have won at least one medal at a Pan American Championships.

In addition to Shilson, the USA boasts another World medalist in Tiare IKEI (USA), who will compete at 53 kg.

At 59 kg, be on the lookout for returning Junior Pan Am champion Katherine RENTERIA CUERO (COL).

The women’s freestyle competition will take place on June 6.

Apart from Delgado, seven others have won Cadet or Junior Pan Am titles.

The only returning Junior Pan American champion is Andres CORTES HERRERA (COL). He looks to defend his title at 60 kg.

There are three Senior Pan Am medalists registered for next week, including 2019 champion Gabriel ROSILLO KINDELAN (CUB) at 97 kg, 2019 runner-up in freestyle Cristian SOLENZAL LOPEZ (CUB) at 65 kg and 2018 runner-up Gerardo OLIVA MONTES (PER) at 67 kg.

Solenzal Lopez will compete in both Greco-Roman and men’s freestyle.