Khabib after UFC 242: This is a game. After Tony, it’s not finished 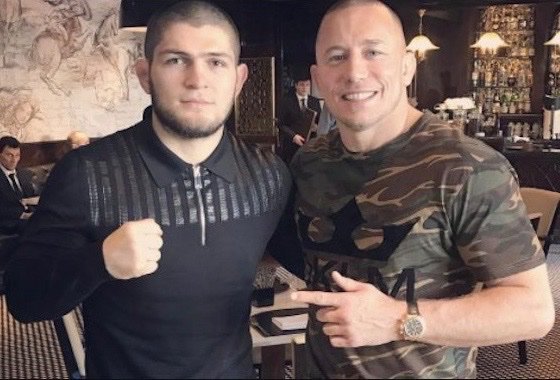 А long-awaited showdown between UFC lightweight champion Khabib Nurmagomedov and Tony Ferguson is in the making. All pieces are in place for this great bout now.

“I think yes, he deserve this. He’s on the line. It’s gonna be good fight.”

The constant drumbeat of requests to defend his belt and reputation seemed the only thing that irked Nurmagomedov.

“You know what’s interesting, even (if you’re a) champion, even you’re undefeated, undisputed, even you have 28-0, like 12-0 in the UFC, people gonna talk about – “OK, this guy,’” Nurmagomedov said. “Even if I beat Tony Ferguson, after Tony Ferguson they’re gonna bring some guy in. And they’re gonna promote him: “This guy gonna beat him.”

“This is a game. After Tony, it’s not finished, nothing. But right now, I win this fight. Last two years was so busy for me, I feel so much pressure. Give me couple days for rest.”

A burger with double cheese – not to be confused with a double cheeseburger – was Nurmagomedov’s immediate desire as he basked in the glow of his 28th win before a friendly crowd.

“Tony Ferguson is next in line for the fight if he accepts the fight,” White said. “We’ll see how this thing plays out, when Khabib will fight again and if Tony wants the fight.”

“If, for whatever reason Tony can’t take the fight or doesn’t want the fight at that time, then we would figure out what was next,” White said. “But, yeah, Conor would make a lot of sense. Conor wants that fight really badly, and I’m sure the fans would want to see it. So we’ll see how this thing plays out.”