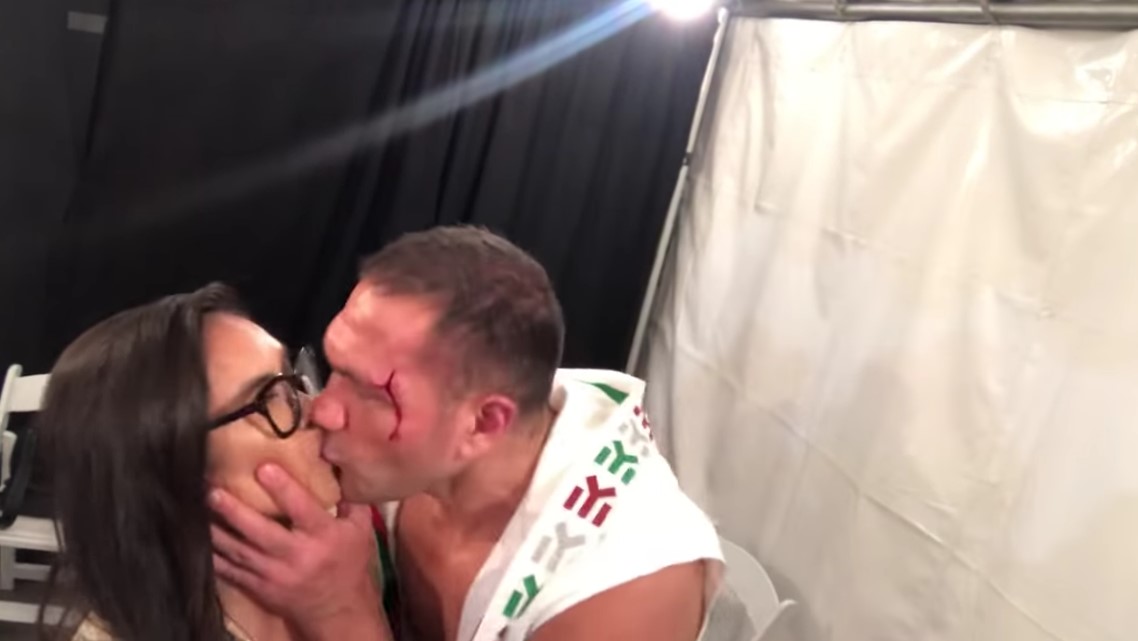 Pulev was also suspended until July and voluntarily offered to attend a sexual harassment awareness course.

The information reads as follows:

“At the Commission hearing, Mr. Pulev acknowledged that he had inappropriately kissed a female reporter at the end of a post-fight interview she was conducting with him.”

“He apologized for his unprofessional conduct both to the Commission and to the reporter, Ms. Jenny Ravalo.”

“Mr. Pulev had met Ms. Ravalo the previous day when she conducted a pre-fight interview with him at the weigh-in. During the weigh-in interview, Ms. Ravalo had been friendly with Mr. Pulev, and they took pictures together after the interview.”

“After the weigh-in, Ms. Ravalo saw Mr. Pulev and his friends in the parking lot as they were leaving. She asked them about what their plans were for his post-fight party.”

“During the boxing event the next day but prior to his fight, Mr. Pulev heard that his friends were hanging out with Ms. Ravalo. They all had already started drinking and celebrating in anticipation of his victory.”

“After his fight, Mr. Pulev was greeted by hundreds of fans who all wanted to congratulate him and take pictures with him. While this was going on, Ms. Ravalo asked Mr. Pulev if she could do a post-fight interview with him.”

Met a Bulgarian gentleman on plane to vegas named Bobby. We talked about his work in real estate and told him I work in boxing. He asks if I heard of Bulgarian fighter Pulev? I showed him this video and we became friends. He drove me home. Im safe. Viva Bulgaria 🇧🇬 @KubratPulev pic.twitter.com/rrBzcbkdaw

“Mr. Pulev agreed and when he finished the interview, he was still so elated that he had been victorious in his first fight in the U.S., he spontaneously kissed Ms. Ravalo.”

“Later at the post-fight party which Ms. Ravalo attended, Mr. Pulev realized that his kiss was inappropriate. He asked her to delete it. Ms. Ravalo told him she would, but she had already posted it to her personal YouTube Channel, and it went viral from there.”

“Mr. Pulev respects women’s rights, and he voluntarily took a sexual harassment course prior to the hearing as the Commission had recommended.”

“He fully intends to comply with the Commission’s orders to have his boxing license reinstated as soon as possible.”