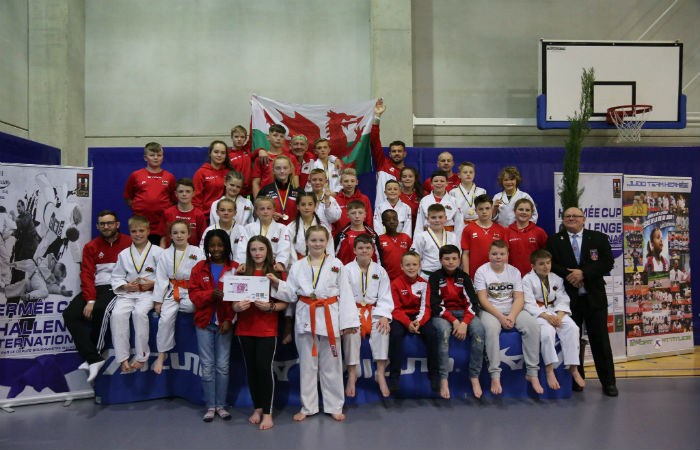 Wales topped the medal table at the highly-regarded Hermee Cup earlier this month in Belgium with an incredible haul of 22 medals.

Belgium’s well-known youth event attracted teams from the Netherlands, Israel, Greece, Germany, France, Sweden, hosts Belgium and from across Great Britain but it was an impressive Welsh team which led the way in the two-day event.

“As a coach watching your players fight to the best of their abilities is always a proud moment,” said former Commonwealth Championships bronze medallist Abberley.

“Top that off with 22 medals won at the Hermee Cup, it is safe to say this set of minor and pre-cadet players are going from strength to strength and have a bright future.

“The hard work started many months ago when I joined the Welsh Judo Association as the Pathway Performance Coach. The players have continued to work hard at training whilst showing commitment and determination.

“For many of these players, this was the first time they had fought abroad and represented Wales. Having had such an opportunity their eagerness to progress has only increased. We now work towards sending a strong team to the National Team Championships to be held in Scotland on July 2019. With players developing week by week the selection process is sure to be a difficult task.

“I’d like to congratulate the whole team for their performances in Belgium,” said the two-time Olympian.

“For many of these children it’s their first time traveling and fighting outside of the UK, so it can be very daunting. It looked like a fantastically positive experience for everyone involved and I’m looking forward to seeing where their hard work takes them in the future.”