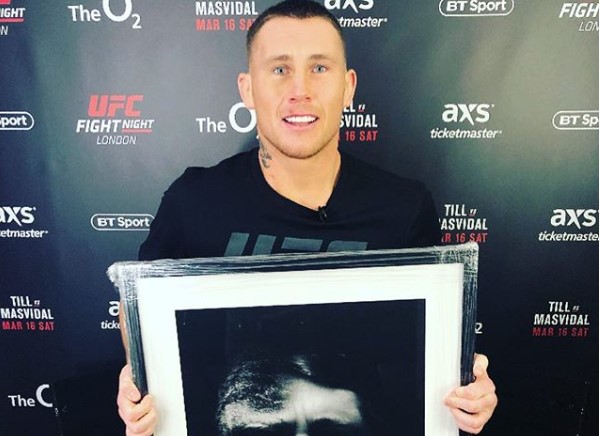 There will not be a shortage of opponents for Robbie Lawler after Tyron Woodley had to be forced out of their bout at UFC on ESPN 3 due to a hand injury.

Just moments after the news, three welterweights looking for a win over the former champion already took to Twitter and made their cases to get a crack at Lawler before the announces an official replacement: Darren Till, Leon Edwards, Santiago Ponzinibbio and Elizeu Zaleski.

Currently on a two-fight losing streak, but sitting at the sixth spot in the UFC’s welterweight rankings, Darren Till (17-2-1) was stopped by both Jorge Masvidal and Tyron Woodley in his last couple of bouts, with his most recent win being an unanimous decision victory over Stephen Thompson back in May 2018.

Also throwing his name into the hat is fellow top-10 welterweight Santiago Ponzinibbio, who did join the conversation to state his opinion on why Till should not be awarded the fight, while also making a claim of his own.

On a seven-fight win streak and ranked at 11, Leon Edwards (17-3) holds wins over notables names such as Donald Cerrone, Gunnar Nelson and Vicente Luque, with his last loss being an unanimous decision to now champion Kamaru Usman, dating all the way back to December 2015.

Also with seven straight wins under his name, but ranked 14th, Elizeu Zaleski (21-5) holds flashy knockouts under the likes of Luigi Vendramini, Sean Strickland and Omari Akhmedov, among other wins. The Brazilian’s only UFC loss happened in his debut, in May 2015, when he dropped a split decision to Nicolas Dalby.

UFC on ESPN 3 is expected to take place in Minneapolis, Minnessota, on June 2