Thiago Santos: Jon Jones ‘will be remembered as a roider, a guy who drives while drunk’ 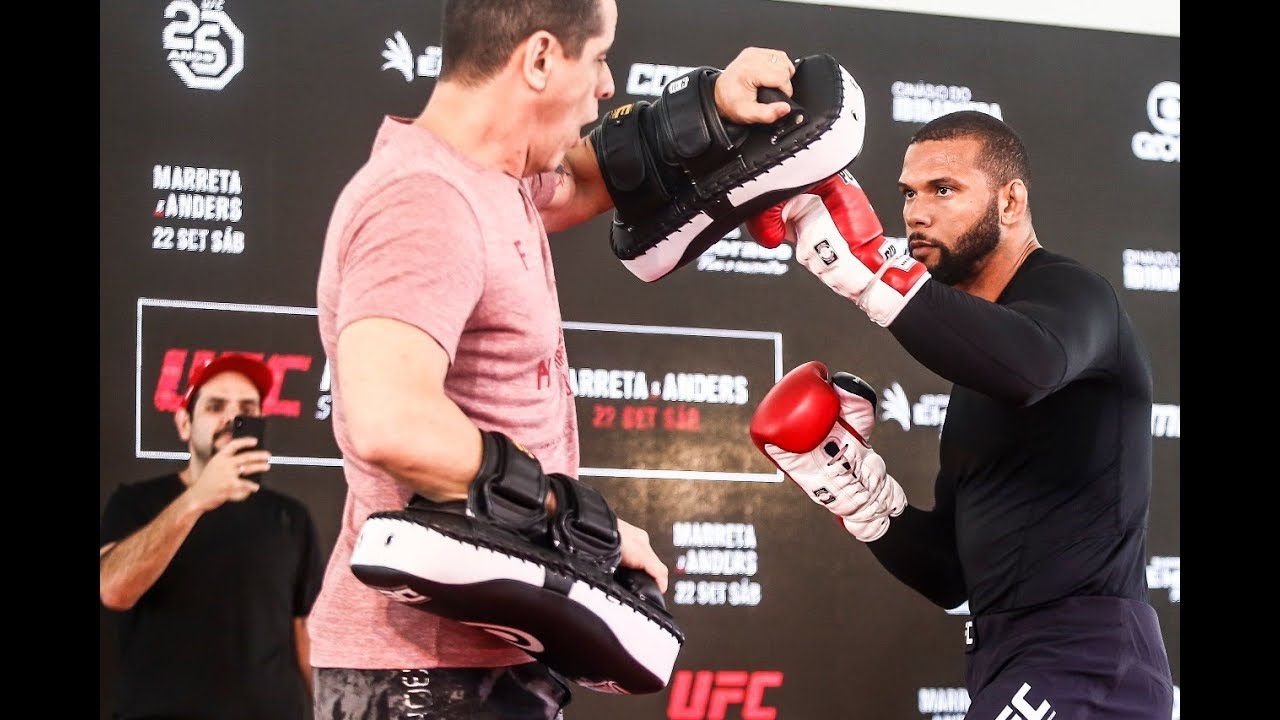 Upcoming UFC light heavyweight challenger Thiago Santos did not spare Jon Jones when sharing his opinions with Combate about ‘Bones’ antics outside of the Octagon.

Scheduled to meet the champion at UFC 239, Santos says he is not bothered by Jones’ positive drug tests, or his 2015 hit-and-run incident, ahead of their fight, but believes that’s what the champion will be remembered for once his fighting days are over.

“I’m not bothered by it (the controversy around Jones),” Santos said. “It’s karma, he’ll have to live with it. He will be remembered as a roider, a guy who drives while drunk. That’s his business. I have to be remembered for not doing those things. It’s his life. If that’s how he wants to live his life, that’s his problem. It doesn’t bother me. It’s like I said, you can’t argue about his talent inside the Octagon, but outside of it, unfortunately he’s not a good role model. That’s what I think.”

With less than two months before the fight takes place, the thing Santos fears the most is that Jones could somehow jeopardize the fight by acting up again, leaving Thiago without the greatest opportunity of his fighting career so far.

“The thing I fear the most is him stirring up some sh-t before the event and the fight falls through,” Santos said. “That’s my biggest fear, him messing up and the fight doesn’t happen. What we want is this fight. This picogram keeps coming up and nothing happens. Am I going to go against the grain? I’ll fight him and beat him.”

Although Jon Jones was never properly defeated in his MMA career except for a 2009 DQ loss to Matt Hammil, Thiago does see openings in the champion’s arsenal and will look to explore them when they meet in the Octagon.

“We still haven’t seem weaknesses in his game, but we have never seen him with his back on the ground,” Santos said. “How will he react with his back on the ground, with heavy shots raining down on him, then we’ll see. We never saw how he reacts to some powerful ground and pound. More than ever, I must be prepared for everything. He’s very well-rounded, he adapts wherever the fight goes and my strategy is to make him feel bad everywhere. He’s having hard time on his feet? He’ll obviously try to take me down. I’ll try to make him suffer on the ground. If he clinches me against the cage, like he did to Glover Teixeira, so he can use his elbows, I’ll make him suffer there. My mindset is to make him feel bad wherever he tries to put me.”

Currently on a four-fight winning streak, three of which happened at light heavyweight, Thiago Santos knocked out Eryk Anders, Jimi Manuwa and Jan Blachowicz to secure his title shot against Jon Jones. Now, the pair is expected to meet at UFC 239, in Las Vegas, Nevada, on July 6.