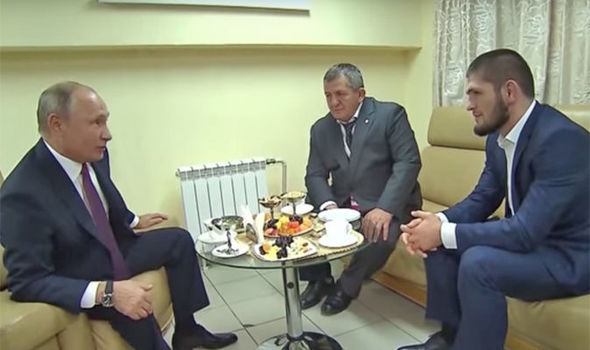 According to Nurmagomedov’s longtime manager, Ali Abdelaziz, Abdulmanap was placed in a medically induced coma by doctors this week as they continue to treat his heart condition after being diagnosed with COVID-19.

Abdelaziz added that Putin has personally reached out to Nurmagomedov to offer his assistance and assure the undefeated lightweight champion that his father is receiving the best possible care.

“The president reached out to him a couple of times,” Abdelaziz told MMA Fighting on Tuesday. “It makes us a little bit at ease, but everything’s in Allah’s hands.

“Everything is in Allah’s hands and we can get all the help we can. “

Earlier this week, Nurmagomedov addressed his father’s health struggles for the first time publicly in a lengthy video posted to his Instagram page.

“This virus has very seriously affected his heart, since he had a heart operation a year ago,” Nurmagomedov said during his statement.

Nurmagomedov has been one of the most public figures in his home nation of Dagestan, urging people to take precautions due to the ongoing coronavirus pandemic. He returned home prior to a previously scheduled fight against Tony Ferguson at UFC 249 in April, but after travel restrictions were put into place to slow down the spread of the disease, he was unable to return to the United States for the event.

Russia has been hit hard by the coronavirus in recent weeks with the country now No. 2 worldwide in confirmed cases with more than 299,000 cases in the country. Only the United States exceeds that number with more than 1.5 million infected.