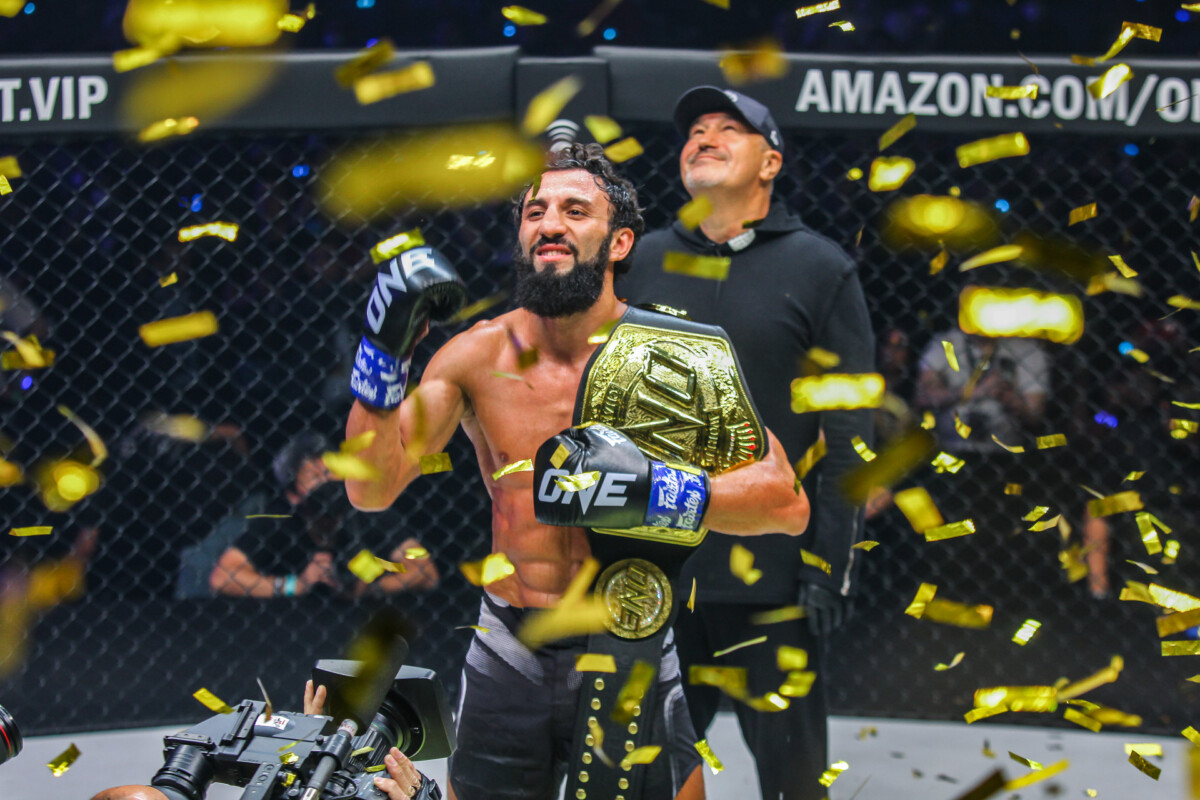 ONE Championship kicked off 2023 with a thriller at the Impact Arena with ONE Fight Night 6: Superbon vs. Allazov.

In the main event, top Featherweight contender Chingiz Allazov silenced the home crowd when he dominated and knocked out Superbon to capture the ONE Featherweight Kickboxing title.

As expected, the Belarusian fighter came out strong, putting pressure on Superbon. The champion had visible trouble finding his rhythm, while Allazov changed angles and went through different set-ups and combinations. Constantly in Superbon’s face, initiating or countering the Thai, Allazov comfortably took the first round.

The start of the second round was much of the same. After landing two quick kicks, Allazov closed the distance with a superman punch, forcing Superbon against the cage. Superbon ate a monster’s right hand and fumbled to the canvas with nowhere to go. One eight-count later, and with Superbon still on rubber legs, Allazov took the opportunity to chase two more heavy knockdowns, and become the new champion.

In the co-main event, former Lumpinee champion Superlek went to war with Daniel Puertas to capture the vacant ONE Flyweight Kickboxing title. What many initially considered a squash match, turned out to be a close affair. Puertas came out aggressive and stayed aggressive all throughout the five championship rounds. While marching forwards and pressuring the Thai, he ate countless kicks and knees, but dished out plenty of punishment of his own, prompting the Thai to clinch up more often than he would have liked to. The referee wasn’t happy with Superlek’s strategy, warning him countless times and eventually giving him a yellow card. Nonetheless, Superlek came out victorious. A fight with Rodtang seems inevitable in 2023.

In his quest to conquer the kickboxing division, ONE Muay Thai Flyweight champion Rodtang Jitmuangnon destroyed underdog Jiduo Yibu over three rounds. Taunting and forcing his way into the pocket, the “Iron Man” did what he does best – being aggressive. The resilient Yibu was not intimated by Rodtang’s display and fired back with his own shots, but it was too late.

In the most controversial fight of the evening, former double-sport champion Stamp Fairtex took home a razor-close split decision against Anna “Supergirl” Jaroonsak. The bigger Supergirl used her reach and size advantage to pressure Stamp against the cage while unloading with 1-2-3 combinations. Stamp always came through later in the rounds, landing hard right hands to force Supergirl back. In the end, two of the three judges saw Stamp winning.