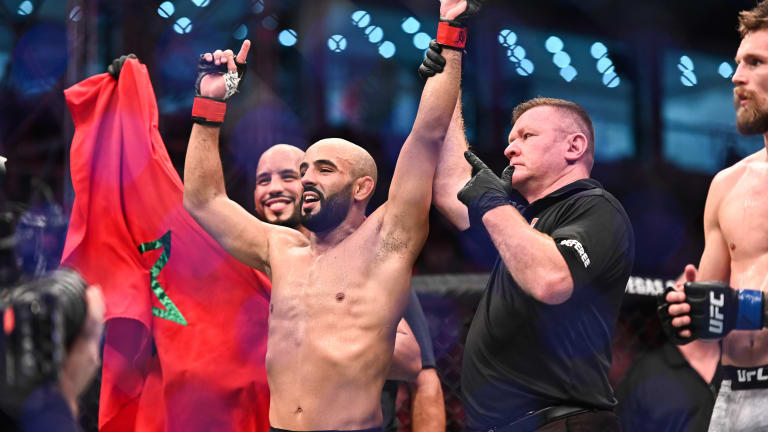 UFC lightweight Ottman Azaitar is no longer with the promotion after he broke COVID-19 safety protocol in Abu Dhabi.

Azaitar was scheduled to compete at UFC 257 this Saturday against Matt Frevola, but during Friday’s official weigh-ins it was announced that he had been removed from the card. The UFC later announced that Azaitar’s removal was due to “a recent violation of the health and safety protocols.”

Dana White explains why Ottman Azaitar has been cut from the UFC following a health and safety breach at #UFC257. pic.twitter.com/UO3aJbLUWO

UFC President Dana White later confirmed in an interview with BT Sport that Azaitar had been cut for his actions, news that was first reported by MMA Junkie. According to White, Azaitar attempted to help others enter the UFC’s designated safety zone and bypass COVID-19 quarantine measures.

“He and his team cut off their wrist bands, gave them to somebody outside the bubble, I don’t know how they even did it,” White said. “That guy taped them, showed up here with a bag, went into a room, shimmied across four balconies, went in his room dropped the bag off, changed his clothes, and then left.

“Now when security tried to stop him, he wouldn’t stop, either way, and yeah, it’s just… he’s gone. He’s no longer a UFC fighter and he’s not fighting tonight.”

Azaitar, 30, is unbeaten in 13 pro bouts and he won his first two UFC fights by first-round knockout. He knocked out Teemu Packalen in his octagon debut at UFC 242, and followed that up with a 93-second TKO of Khama Worthy at a UFC Fight Night event this past September.