Patricio “Pitbull” will defend his title against Pedro Carvalho 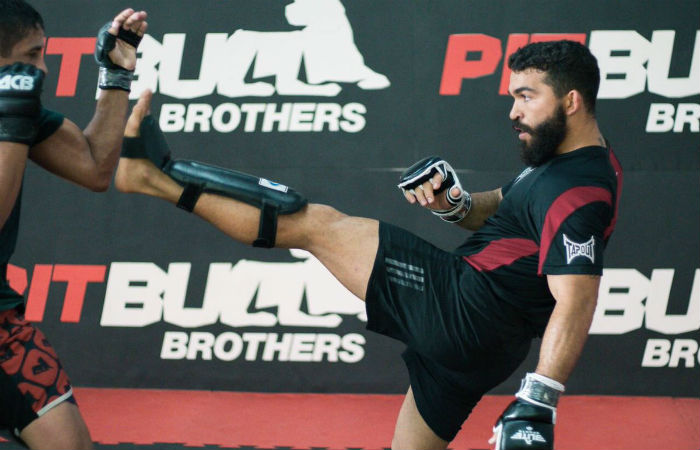 Bellator 241: Pitbull vs. Carvalho will stream exclusively on DAZN on Friday, March 13 at 10 p.m. ET/7 p.m. PT. Preliminary action will stream on DAZN, Bellator.com and globally on the Bellator Mobile App. Additional bouts will be announced in coming weeks.

Hailing from Natal, Rio Grande do Norte, Brazil, two-time featherweight champ Patricio “Pitbull” will enter the Bellator cage for a promotional record 23rd time on March 13. With impressive wins to his name over Daniel Straus (x3), Daniel Weichel (x2) and Pat Curran, the 32-year old continues in the Featherweight World Grand Prix not far removed from his lightweight championship win over Michael Chandler in May of last year. Having earned a finish in 21 of his 30 wins as a professional, the simultaneous two-division champion most recently bested Juan Archuleta on the scorecards in an exciting opening round grand prix matchup and fans can certainly expect more fireworks when he meets Carvalho on March 13.

Portuguese submission specialist Pedro Carvalho will be entering the Bellator cage for just the fifth time in his eight-year professional career, looking for his seventh consecutive victory and his first world title victory. With victories in nine of his last 11 contests, including against Derek Campos, Daniel Crawford and a face crank submission over Sam Sicilia in the opening round, the 23-year-old SBG Ireland-product is on the cusp of becoming an elite force in the 145-pound division – winning the Bellator Featherweight World Grand Prix would be the perfect way to solidify it.

With over 50 professional fights to his name, Germany’s Daniel Weichel is ready to make his 2020 debut in a highly anticipated grand prix quarterfinal bout with Sanchez, a fighter Weichel got the better of nearly four years ago at Bellator 159. Following his Bellator debut in 2014, “Drake” has enjoyed an impressive promotional mark of 9-3, including pivotal victories over Sanchez, Pat Curran, Georgi Karakhanyan and Saul Rogers.

On the heels of yet another masterful performance that ended in a submission victory over Tywan Claxton in the opening round of the grand prix, “El Matador” is ready for another title run as he prepares for the undefeated 50-fight veteran and the man who beat him once before, Daniel Weichel. Since joining forces with Bellator in 2014, the Milwaukee, Wisc. resident has collected 11 victories over a 14-fight stint, including key wins over the likes of Claxton, Daniel Straus, Marcos Galvao and Georgi Karakhanyan (2x).