Punch in the chin: why does it put people down? 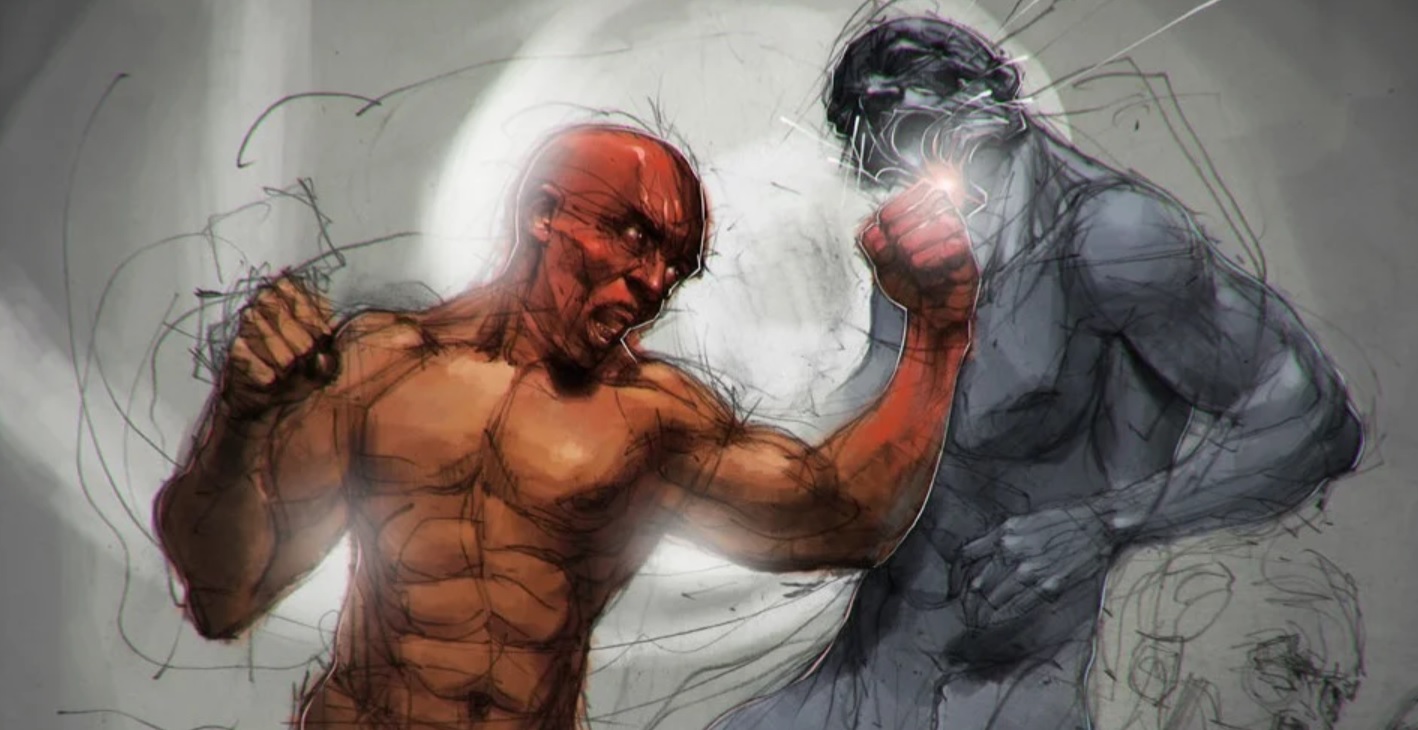 Every experienced fighter knows that it is not the mass and not even the strength of your blow that makes the difference, the outcome of the fight is decided by the exact and technically correct strike. One accurate and quick punch, applied to the desired point on the opponent’s body, will be ten times more dangerous than ten strong blows delivered anywhere.

It is for this reason that experienced boxers never fuss, do not shackle before a blow and do not spend their energy on rash and inaccurate strikes. A competent fighter always knows where and most importantly when to hit. He perfectly understands the anatomy of the human body and only targets those points, a light hit on which will not leave the opponent the slightest chance to continue the battle. In this article, we will answer the question of each beginner fighter: “Where do you need to hit so that your strike becomes decisive?

The most vulnerable place for the opponent is the chin. Accurate hit in the beard with 100% probability will send your opponent to a knockout. But why?

Even if you just try to shake your head sharply in different directions, you can feel that something extremely uncomfortable is happening to the brain. The inconvenience is felt due to the frequency of oscillations, the higher the frequency, the stronger the tension for the brain. But now imagine that an impulse for such an oscillation would be a suddenly missed blow, which would have a direct effect on the “lever” (chin)?!

A missed shot will set in motion the entire cranium. The walls of the skull will begin a sharp shift to the side, and the brain will initially remain in place. Then Her Majesty “inertia” will make your defenseless brain “go with the flow.” However, it will lag behind the general shake and begin to beat against the protective walls. This will cause multiple micro-displacement of the substance to the sides with a violation of the circulation of cerebrospinal fluid. Simply put – concussion. In a panic, the “brain” will begin to include a protective function, in other words, a reboot, but at that time a person will simply lose consciousness.

Much sadder is the subsequent blow in the fall. It will become ten times more dangerous if the time of its application coincides with the same “overload”. During this period, the brain, busy solving the problem after the first stroke, simply does not have time to take the necessary protection from the second and a person can fall into a coma. Most often, this occurs when falling in a knockout state and subsequent blow to the back of the head against a hard surface. Summing up: the chin is the very point, hit on which will not leave the opponent the slightest chance to continue the battle.

This article does not call for violence. We consider boxing as the art of fighting and a means of self-defense. Use of these or those tricks and strikes is necessary only in a situation where there is a threat to your life or the life of your loved ones. Remember that in most cases, the conflict can be resolved through negotiations.