Rashad Evans: Jon Jones is “The Best in History” (VIDEO) 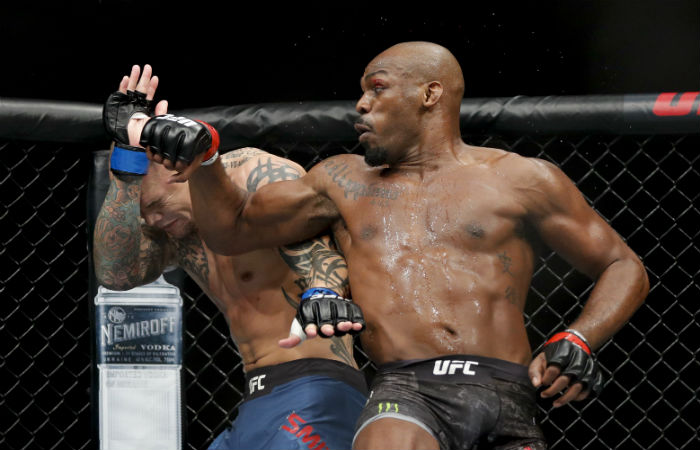 There was never a doubt that UFC light heavyweight champion Jon Jones (24-1) is one of the most skillful and all-around best fighters that has ever stepped inside a cage. Of course, his legacy could be even bigger if it wasn’t for his “party side” and picograms history.

But even with those things on his resume, “Bones” is still one of the living legends of the mixed martial arts industry. Former UFC light heavyweight champion and a Hall of Famer Rashad Evans thinks so, too.

“Suga” knows exactly what is he talking about because back in 2012 Evans was defeated by Jones at UFC 145 for the light heavyweight championship.

Jon Jones makes the 3rd defense of his UFC Championship,

when he defeats Rashad Evans by unanimous decision at UFC 145 pic.twitter.com/siQTuXsnaG

The retired great have faced people like Tito Ortiz, Michael Bisping, Chuck Liddell, Lyoto Machida, Quinton Jackson and many more, but Evans believes that Jones is the greatest fighter to ever do it.

“Without a doubt, Jon Jones is the best I’ve faced,” Evans told TMZ.

“When it comes down to it, I think that Jon Jones is the best in history. Apart from his troubles outside the cage and things like that — when he’s inside the cage, he’s dynamic. He’s got some skill. But, I would say technically speaking, he’s probably the best fighter.”