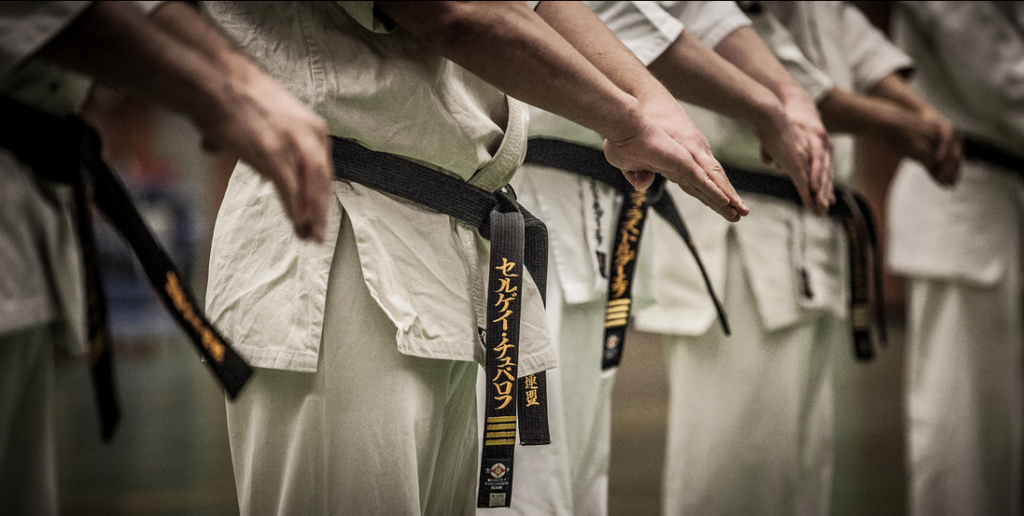 This post is a very sensitive topic, and I hope that those who comment do so with decorum and respect. It is not meant to belittle anyone and only to gain further knowledge and have better conversations.

The topic is, does religion have a place in the dojo?

I was contacted recently by a Kyokushin Karate-ka who also happens to be Muslim. He mentioned a fellow Muslim karateka asking their Sensei if it was okay for him to not shake hands with women, as it is forbidden in Islam. The student said that Kyokushin (Sosai Oyama’s) teachings say that “We will follow our religious principles/ God”. So it should be fine for him not to shake hands with women. However, their Sensei said that it would seem to his discrimination.

The student feels religion is close to every person and we must respect his religion and if we do not, and push him away, that would be discrimination. Especially when the Dojo Kun says that you must follow your religious principles.

My own personal view is that while Sosai Oyama did say “We will follow our religious principles, and never forget the true virtue of humility”, I personally believe he meant to uphold the moral teachings of whichever religion or faith you belong to. When it comes to religious dogma, I personally do not believe it belongs in the training hall, the dojo, the way of learning.

But again, this is my own personal view, and hope it is respected as such.

I have seen myself someone of Islamic faith refusing to partner train with females. I believe this is discrimination against the female students, and hence why religion does not belong in the dojo. Similarly, public politics, etc., shouldn’t be present. Politics and religion are so rooted in dogma and philosophy that it could potentially make others uncomfortable, and take away from the reason you are there. To train karate.

I don’t believe this is Kyokushin vs Islam or Kyokushin vs Religion. The dojo is our church/synagogue/mosque of training. Men and women are equals.

You may have a difference of opinion, and I am certainly not going to try to convince anyone otherwise. I am sure that there are dojos that will follow the outside influence of religion. Not sure what is right or wrong.

So, what do you think? Is there a place for religion in the dojo? Should we accept religious practices, inside the dojo? Or do you feel there is no place for it, regardless of the religious sect?