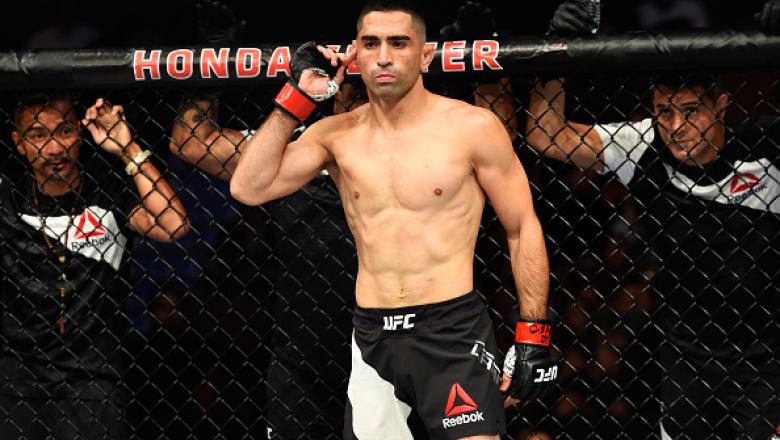 Lamas, 38, announced the news Monday on MMA Junkie Radio and later confirmed it to MMA Fighting. He leaves the sport with a 20-8 professional record and 11-6 run in the UFC that includes wins over Charles Oliveira, Diego Sanchez and Cub Swanson.

The decision comes less than two weeks after Lamas outworked Bill Algeo over three rounds at UFC Vegas 8 to earn a unanimous decision. In his 17th octagon appearance, he returned to the win column after a suffering a broken jaw in a knockout loss to Calvin Kattar at UFC 238.

Lamas indicated he was considering retirement after his win over Algeo. He said he would consult with friends and family before making the official decision.

“Since my fight with Jason Knight, which was a few years back, I’ve kind of been contemplating,” Lamas said. “I remember before that fight I told my wife, I was like, ‘If I have a good performance in this fight, I might just call it a career.’ But the thing with this sport is you have a good performance, and you have a win, and then you want another one. And then it becomes like an addiction and you just keep chasing those victories.

“Obviously, over this last year I’ve had a lot of ups and downs. My last fight I suffered my worst injury that I had to date, fracturing my jaw in two places. I had to have surgery. Just a lot of ups and downs in the last kind of year or two with my career, and I think that can be attributed to me kind of wrestling with the idea of hanging up the gloves. I don’t know, I’m thinking like this now and I could wake up tomorrow and want to call Sean Shelby on the phone and see what he’s got next for me. We’ll see what happens.”

Lamas told MMA Junkie Radio that prior to the Algeo fight, he had resolved to retire after returning to the win column. In the day leading up to UFC Vegas 8, he solidified his decision as a tribute to his late brother.

The Chicago native’s career includes a six-fight run in the now-defunct WEC, which was later absorbed into the UFC. A four-fight run in his early octagon career led to a title shot against now-former champion Jose Aldo at UFC 169. Lamas went the distance with the all-time great but lost a decision.

After UFC Vegas 8, Lamas said he would like to be remembered for his professionalism inside and outside the octagon.

“That I always left it in the cage,” Lamas said. “Just like in this fight, it was a back-and-forth fight. But just never stopping, and kind of as fights progress on, I just get meaner and the dog comes out of me a little more. That’s probably due to me being the youngest of six boys and just getting beaten up to a point where I just started fighting back.