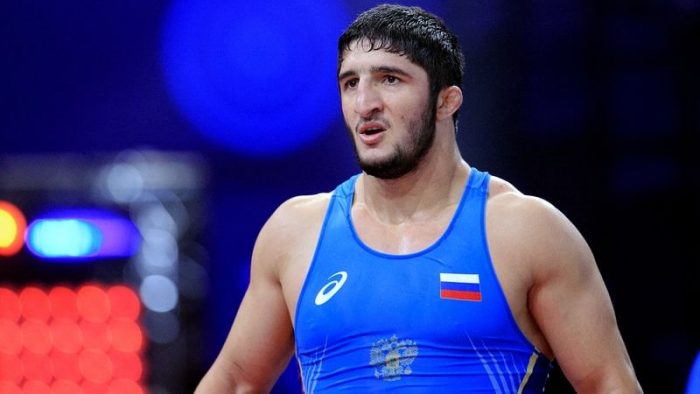 CORSIER-SUR-VEVEY, Switzerland (December __ ) — At this year’s World Championships in Nur-Sultan, both Kyrgyzstan and the Democratic People’s Republic of Korea came away with their first-ever world gold medals in women’s wrestling. France earned its first medal of any kind in freestyle with a bronze. And the tiny enclave of San Marino, while not winning a medal, qualified a wrestler for the Olympics for the first time.

While the family of champion-producing and medal-winning nations continues to expand, there are still a select number of countries that remain dominant. In looking at the decade from 2010 to 2019, Russia in both freestyle and Greco-Roman and Japan’s women wrestlers soared high above all others.

The numbers speak for themselves, and show just how much of a gap there was during the 10-year span.

In freestyle during that period, Russia captured a total of 25 gold medals at the worlds, more than double the 12 of the nearest competitor, the United States. By comparison, Georgia was next highest with six golds, while Iran and Azerbaijan had five each.

As medal tallies and team standings go hand-in-hand, it is no surprise that Russia took home six of the eight team titles up for grabs. Only runner-up finishes to Iran in 2013 and the United States in 2017–the latter by a one-point difference–denied Russia a perfect record.

The Olympics, with the reduced number of weight classes, narrowed the gap, but Russia still was either at or among the top of the heap, depending on how one crunches the numbers. Russia compiled three golds and seven medals overall at London 2012 and Rio 2016; Azerbaijan had more medals overall with eight, but one less gold with two. The United States tied Russia with three golds, to which it added two bronzes. Both Iran and Georgia had one gold and six medals overall.

Still only 23, Abdulrashid SADULAEV (RUS) made a large contribution to the Russian tally. Winning the gold at 97kg in Nur-Sultan gave the “Russian Tank” his fourth world title dating back to 2014, adding to his gold from Rio 2016 and a world silver from 2018.

Sadulaev hails from the wrestling hot spot of Dagestan, the mountainous republic in southwestern Russia on the Caspian Sea that has produced an inordinate amount of global champions, and supplies the national team with an unending line of top talent. At Rio 2016, there were six medalists in wrestling from that area alone.

“Wrestling is in our blood,” Sadulaev said in an interview with the Olympic Channel. “That’s why the Dagestanis are the best in the world.”

The team standings at the World Championships determine the field for the ensuing World Cup, but while that team tournament can produce exciting matches, it doesn’t always accurately reflect the strength of the nations, as rosters are often filled with second-string talent. As such, Russia won the freestyle World Cup just three times, while Iran had a run of six straight titles from 2012 to 2017. The United States won its lone title as host in 2018.

In Greco, Russia was only slightly less dominant, heading the pack that saw the spoils more widespread. Over the decade, Russia claimed 14 world golds and 37 medals overall (9 silvers, 14 bronzes), well ahead of the closest competitor, Turkey, which accumulated eight golds and 26 medals in total. Roman VLASOV (RUS)  won two world and two Olympic golds at 74-75kg during the span, while Musa EVLOEV (RUS) chipped in with two golds at 97kg.

Russia took the team title every year except 2014, when it was edged by Iran, which piled up six golds and 19 medals overall in the decade. Armenia also put on a strong showing with 16 overall medals (5-4-7), while Azerbaijan and Hungary had identical results in claiming 17 medals each (4-4-9).

In the two Olympics, Russia captured four golds and eight medals overall, which Cuba and Iran had three golds apiece. For what it’s worth, Russia won the World Cup twice, the same number as Azerbaijan, while Iran took home the trophy four times, including three in a row from 2010 to 2012.

When it comes to women’s wrestling, Japan got the jump on the rest of the world by putting resources into the sport during its infancy in the late 1980s, and everyone has been trying to catch up since. Adding it to the Olympic program at Athens 2004 provided incentive to the other nations to get in gear, but also served to motivate the Japanese even more.

From 2010 to 2019, Japan captured a whopping 26 gold medals at the World Championships, over 2 1/2 times that of its nearest rival, the United States, which had 10. It also represents more than one-third of the golds available (74). The golds were won by 20 different wrestlers, including Saori YOSHIDA (JPN), who won the last of her 13 world titles in 2015, the same year that Kaori ICHO (JPN) added her 10th and last world gold.

Japan also pocketed nine silvers (the most) and 12 bronzes for a total haul of 48 medals. The U.S. had the next biggest with 28 (10-6-12), while China and Ukraine each earned six golds, and Mongolia, Canada and Russia had four apiece. It was also a Bronze Age for the Chinese, who had 18 third-place finishes.

At the Olympics, the Japanese were in another stratosphere. Of the 10 gold medals awarded (four in London, six in Rio), seven were taken back to the Land of the Rising Sun, including two by Icho. Japan also had one silver medalist–the result of Yoshida’s stunning loss to Helen MAROULIS (USA) at 53kg in Rio.

After finishing behind China in three of the first four World Cups of the decade, Japan started fielding stronger teams and last month won its fifth straight title. Three of the five wins came as host, including the most recent in Narita in November.

Like Dagestan for the Russians, there is a hotbed of wrestling in Japan that seems to churn out an inexhaustible flow of women wrestlers ready to challenge the upper echelon and make their own marks. It is not so much a place as an institution, Shigakkan University in central Japan and its affiliated high school.

While success in the age-group divisions does not always translate on the senior level, the numbers put up by the Japanese juggernaut over the decade have been nothing short of mind-numbing: 45 golds in the world juniors, 48 in the cadets, and 18 in the U-23, which has only been held since 2017.

Haruna OKUNO (JPN), as one of Japan’s seven gold medalists at this year’s world U-23, also became the lone wrestler to complete a “grand slam” of cadet, junior, U-23 and senior titles.