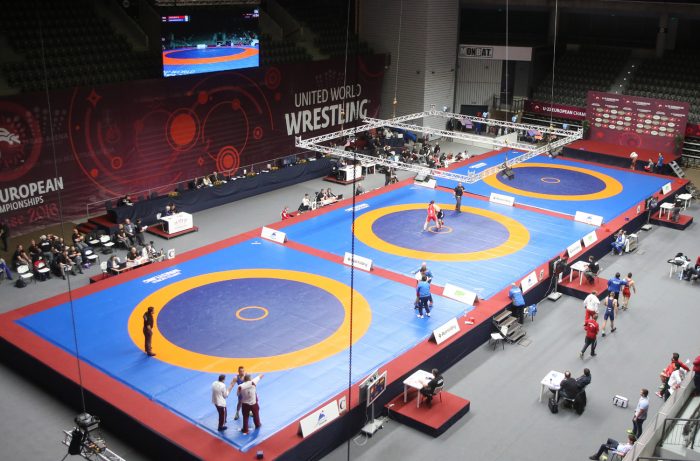 Daria KHVOSTOVA (RUS) and Ekaterina VERBINA (RUS) mounted come-from-behind victories in the 50kg and 55kg gold-medal matches respectively and assisted the Russian Federation in carrying a six-point lead over Hungary into the final day of women’s wrestling at the Junior European Championships.

In the 50kg finals, Daria Khvostova used a late takedown and gut wrench to win the battle of former European champions against Stefania PRICEPUTU (ROU), 6-3.

The pair traded takedowns in the first period, but Khvostova found herself fighting from behind after Priceputu, the U23 world bronze medalist, had the 2-2 lead on criteria heading into the second period.

The score remained unchanged until the 30-second mark of the second period when the Russian shot a low-level knee pull single, then transitioned into a gut wrench and took the 6-2 lead. Khvostova surrendered a step outSource:  as time expired but held onto the three-point lead and won her second European title, and first since 2016 when she won the 43kg cadet European title in Stockholm, Sweden.

With 52 seconds remaining, Verbina picked up her offensive attack rate and to fire off high crotch after high crotch. The 2018 junior world bronze medalist scored twice off those high crotches and nabbed the 6-6 lead on criteria. Verbina held on to improve on her bronze-medal finish from last year and won her first European title since winning the 2017 cadet European title.

Russia also picked up a third medal on the day when Marina SUROVTSEVA defeated Greta CEPONYTE (LTU), 8-2 in the 76kg gold medal bout.