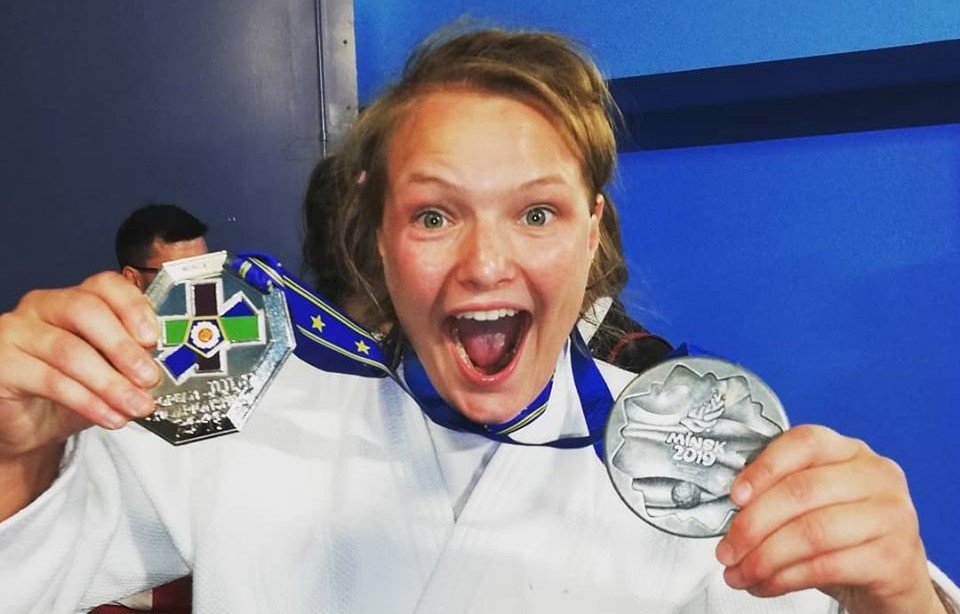 The silver medallist of the 2019 Masters talks about pressure, mentality and the Olympic Games of 2021.

Van Dijke: “I didn’t enjoy transitioning to seniors at all. In Juniors I won pretty much everything so coming to seniors I thought I was going to win matches within the competition or even medals but in the first few years I pretty much lost everything, first or second round. Still I don’t think the pressure changed much even though I’m one of the top players in my weight now and people know me and know what I do. It’s a different pressure in every stage of your career. When I came through from juniors, I had the pressure of proving myself and proving I was worthy of getting senior tournaments. The policy in the Netherlands back then were quite strict so if you didn’t show that you are on that level, they would put you back on a lower level. That was the pressure I went into tournaments and now I have a different pressure on me and in probably two years I have, again a different pressure on me, hopefully a gold or red backpatch that gives me the different pressure.”

“My mentality is probably one of my biggest strengths. When I go on the mat, I really truly believe that I will win the fight. It sounds arrogant but in my mind, I think it’s insulting when my opponent steps on the mat, it’s as if they’re saying they are going to win this. It is a weird way of thinking about it but it’s what I believe, and I think it shows on the mat as well.”

Between fun and focus

Van Dijke: “I’m quite an open book on Instagram and Facebook I think but for me there is not a lot of thought behind it, it’s just how I feel. For me it’s hard to broadcast the message that I feel really motivated and extremely empowered by a loss to get back to work which is absolutely the last thing that I feel when I just lost a competition. So, it doesn’t feel fair to me if I broadcast that into the world. I do think I have a bigger reach than most other people, so I do think it’s important to use it in the right way and therefor showing that people have to take responsibilities about certain matters and that’s okay to feel ‘not okay’ all the time.  While it’s an important message to send it’s really not the thought behind it.”

“I’m also not the person that can solely focus on training I like to joke around and make fun.”

“Nevertheless, I may give the impression om the mat that I’m not so nice because on the mat I do not joke around. However off the mat I like to talk to people and joke with them but on the mat I want to smash people. That’s also the mentality I expect of other people and if they don’t want to ‘kill’ me then I feel a bit offended as if they are playing with me.” Calendar plans are changed, but not my ambitions

“The last Olympic Games in Rio the federation brought the qualified but not nominated athletes as training partners, but I don’t know if they do this this time again. So, I don’t know if I’m going. But I obviously want Natalie (Powell) to win it and If I’m not going, I will definitely help her as much as I can to prepare. The ideal situation would both of us winning”, says Van Dijke.