SENSHI Cup opening night turns out to be huge success 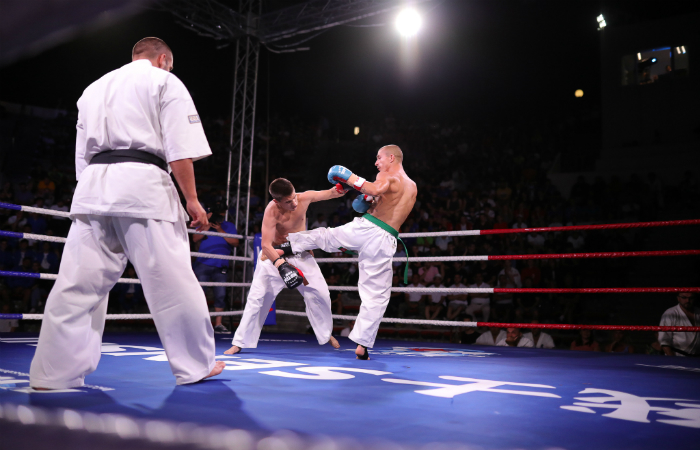 The opening night of SENSHI Cup turned out to be extremely exciting and successful.

The 15 fights that took place at the Amphitheatre in Kamchia were all conducted under the rules of the new KWU International Professional League. Karatekas from all over the world squared off in some of the most fascinating Kyokushin fights you’ll ever see.

The new rules that included hits to the head, elbows, and throws helped tremendously for the fight show and the spectacle was on point.

There were 15 Kyokushin bouts in 4 different weight categories. The second part of the gala evening is tonight when we’re continuing with the semi-finals and the finals in 8 separate categories.

Here are all the results from last night: