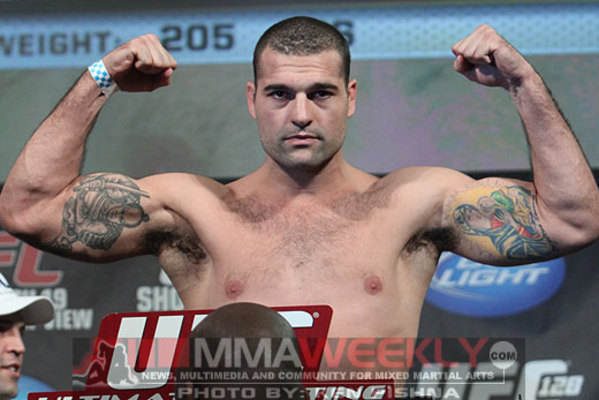 UFC legend Shogun Rua has confirmed he only has two or three fights left in his legendary MMA career before he finally hangs up his gloves.

Rua, the former UFC light heavyweight champion and the 2005 PRIDE Middleweight Grand Prix champion, takes on long-time rival Antonio Rogerio Nogueira in the co-main event of this Saturday’s UFC on ESPN 14 event. Little Nog has already confirmed that at age 44, this will be the final fight of his own legendary career. As for Rua, at age 38 he isn’t planning on hanging his up gloves just yet, but at this point only has a few fights left to give fans.

Speaking to reporters ahead of UFC on ESPN 14, Rua confirmed his plan is to fight two or three more times before concluding his legendary, Hall of Fame career.

“Yes, this is my plan,” Rua told reporters on Fight Island, speaking in English.

Shogun vs. Little Nog is a fight that die-hard MMA fans are excited about given their history against each other, with Rua winning the pair’s previous two encounters in PRIDE and in the UFC. Although Rua was victorious both times, he is not looking past Nogueira and said he doesn’t know what will be next for himself after this fight on Saturday.

I don’t know my next walk, but my focus is now on Rogerio on Saturday. After this, I don’t know. I take it walk for walk, and after my fight, I speak to my manager and I talk about my new walk,” Shogun said.

Asked what could be next for Rua after his fighting career is over, the Brazilian said that he doesn’t know for sure, but he does have an interest in working for the UFC, potentially in a similar role to Antonio Rodrigo Nogueira, who is the UFC’s ambassador in Brazil.

“Well, I don’t know yet. But I already have a business, a company in Brazil, with a partner. But I don’t really want to run it full time, I have my partner to do that. So maybe work for the UFC, I don’t know,” Shogun said through his manager/interpreter.