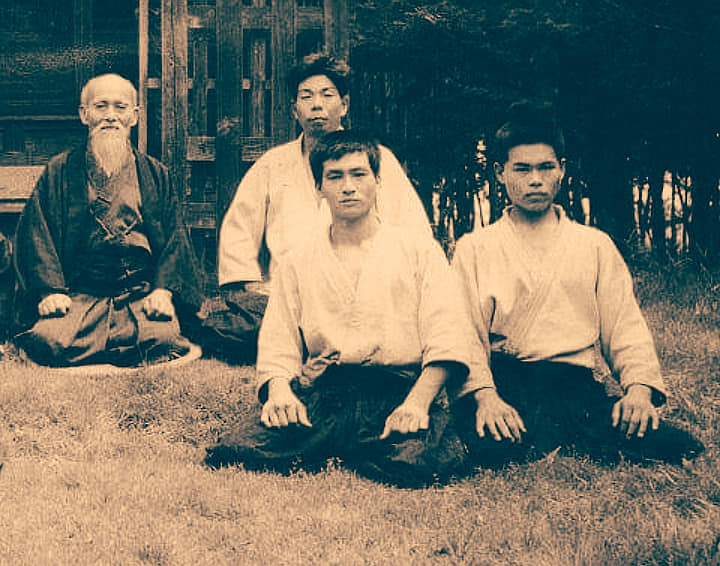 Hiroshi Isoyama was born in 1937. In June 1949 he joined the Iwama Dojo to learn Aikido under the Morihei Ueshiba.

Training under O-Sensei continued for around 20 years of his life and is the main part of Hiroshi Isoyama’s knowledge about the martial arts philosophy which he still transmits to the world.

Hiroshi Isoyama’s motivation to do Aikido was to become strong and never lose a fight. Not much could stand training with the O-Sensei because it was really hard physically, especially when you are a 12 years-old boy. As Sensei said in his interview: “Kids also had privileges from O-Sensei, like making him go on ukemi.”

Isoyama Sensei has been a Chief of Defensive Tactics for the Japan Self Defense Force Academy and also instructed the U.S. Army in self-defense tactics starting from 1958 in Chitose Air Base. Convincing army people in Aikido forced him to put 100% of his power and will every time he was giving his lessons. This made Hiroshi Isoyama a much stronger man and a stronger teacher of course.