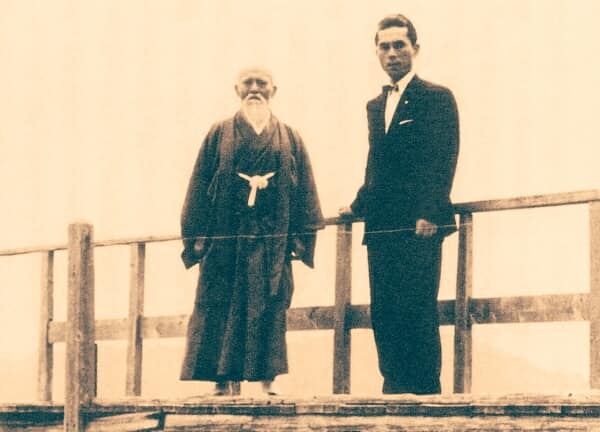 Kanshu Sunadomari was a Japanese aikido teacher who was an uchideshi to the founder of aikido, Morihei Ueshiba. He founded the aikido style Manseikan Aikido.

He was born kobuke Kagoshima Prefecture on the island of Kikaiga-shima (or Kikaijima), Japan and in his teens became an uchideshi of Morihei Ueshiba, the founder of aikido. His live-in apprenticeship under the founder took place during World War II, and he also spent a brief period at the Aikikai Hombu Dojo after the war.

On October 23, 1953 he gave the first public demonstration of aikido in Kyūshū. The following January he opened up the Manseikan dojo on the premises of the Tettori Shrine in the heart of Kumamoto City. His aikido spread throughout Kyūshū to cities such as Fukuoka, Kagoshima, Nagasaki, and Miyazaki. During this time, the number of practitioners rose to over 20,000 with over 3,000 people reaching the level of black belt.