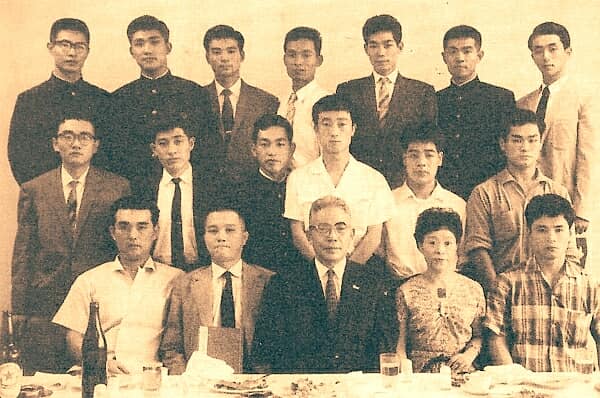 Kazuo Chiba was born February 5, 1940 near Tokyo, Japan. At 14 years of age, he began serious Judo training at the International Judo Academy, and also began the study of Shotokan karate at age 16. In 1958, after coming across a photo of Morihei Ueshiba in a book, he decided to dedicate himself solely to Aikido and set out to apply as an uchideshi at the main school in Tokyo. Though not accepting live-in students at the time, after much persistence Chiba was admitted as an uchideshi at the Hombu dojo in Tokyo.

Most of the daily training at the Hombu dojo was conducted by Kisshomaru Ueshiba, the son of the Aikido founder; O’Sensei was frequently away from the dojo giving lectures on Aikido and Omoto-Kyo during Chiba’s stay as uchideshi. For much of his seven-year period as a live-in student, however, Chiba Sensei traveled extensively with Morihei Ueshiba as his personal assistant during travels spreading Aikido. By 1960, Chiba had received the rank of 3rd dan and was assigned to Nagoya to establish one of the first branch schools of the Aikikai headquarters, where he served as its full-time instructor. In 1962, he also began teaching at the Hombu Dojo, and within three years had completed his training as uchideshi and earned promotion to 5th Dan.

During the 1964 Olympic Games held in Tokyo, a notable Judo master, Kenshiro Abbe came to Hombu Dojo to pay respects to O’Sensei. It was during this visit that he requested an instructor be dispatched to England to develop Aikido for the British Judo council.

Chiba Sensei, who had been serving tea to the two masters had been supposed to go to New York to assist Yamada Sensei, but on the request O’Sensei sent him as the first representative of the Aikikai Foundation in the UK, though other teachers had gone in previously. In March 1966 he bag his voyage from the Port of Sasebo and arrived in the UK at Heathrow Airport on the 5th May 1966.