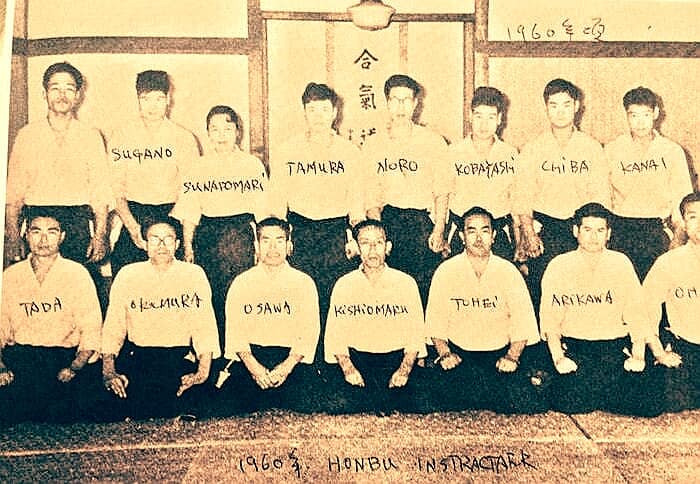 Kisaburo Osawa was an influential Aikido master who taught at Aikikai Hombu Dojo and was a close advisor to Kisshomaru Ueshiba
He was born in 1911, in a small village in Saitama, Japan. It was a poor but well known village because Kisaburo and two other men were always getting into fights.
When he was 15 he went to live in Tokyo and, had to work for a living, as his parents were poor and couldn’t afford to give him an allowance. He got pleurisy and told by his doctors to take it easy, so returned to Kumagaya.

He worked hard, and walked along mountain paths to and from the village doctor, until he recovered. He read many books on philosophy and socialism etc.
At 17 and working 8am-10pm he found the time to start practicing judo to help strengthen his body. He practiced every morning, as he was close to the dojo, until he was 25 when he earned the rank of shodan.

In those days, it was harder to get shodan than it is now.