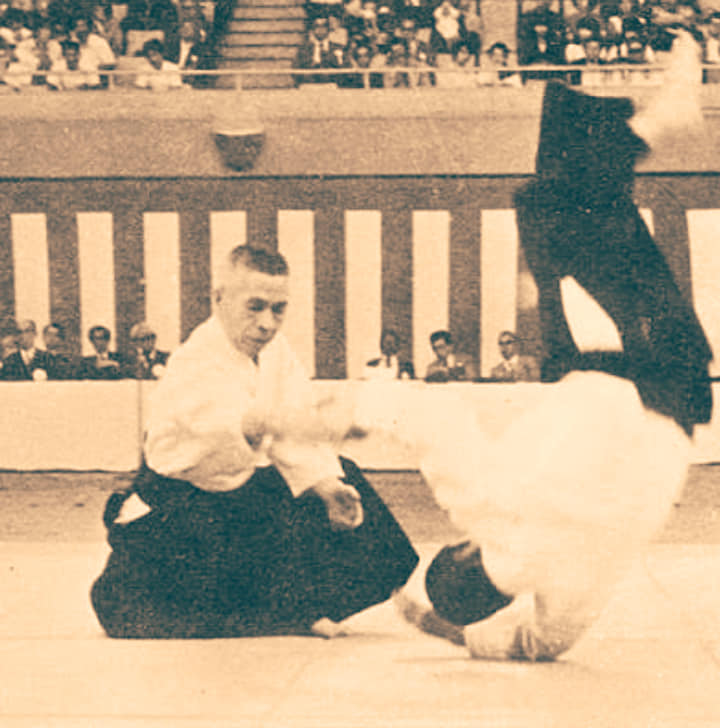 He was impatient and wanted to become strong quickly, and questioned whether judo was right for him. He tried other arts including boxing.
He had to see a doctor who introduced him to Morihei Ueshiba, and even though he was teaching mostly to famous people, Kisaburo Osawa entered the dojo.

Master Morihei Ueshiba O-Sensei developed the martial art of Aikido from his combat studies of Daito-ryu Aikijujutsu with Sokaku Takeda, and his spiritual studies with Onisaburi Deguchi and the Omoto Kyo.

Aikido focuses on harmony and non-resistance, leading to success.

Up until his practice with Morihei, when he saw people being thrown around easily in the old action movies he thought it was not possible. He knew in judo it was hard enough to deal with just one person.

Kisaburo Osawa wanted to become physically strong, so began his Aikido training, and as he continued to improve his aikido skills and mature, he realised the meaning of the word ‘strong’ had changed for him.