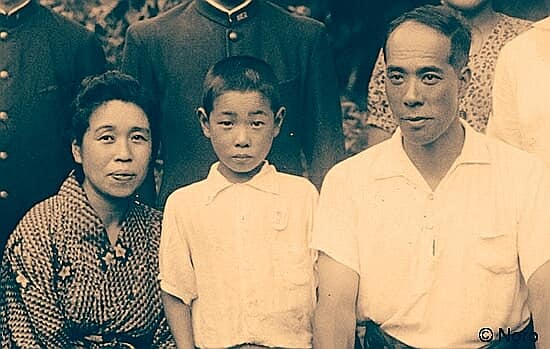 Masamichi Noro was born January 21, 1935 in Aomori, Japan. One of the characteristics of his early years is the musical universe that surrounded him, and which strongly influenced his sensibility. His education destined him to be medical doctor, but one encounter re-directed the course of his life toward the martial arts, irrevocably.

In 1955, while pursuing university studies, his uncle arranged for him to be presented to a famous master of Ju-jitsu, Morihei Ueshiba, the founder of Aikido. This event proved to be decisive and that same day he decided to renounce his plans in order to become uchi deshi, an internal student of this master. His training, in the ancient manner, took place night and day at the master’s side. In this way, from 1955 to 1961, Masamichi Noro followed Morehei Ueshiba from Tokyo to Iwama where he had his private dojo. At this time, 5 uchi deshi (including Yasuo Kobayashi and Nobuyoshi Tamura) encircled the founder of Aikido, and from this breeding ground sprung the generation which would form a great part of Aikido worldwide.