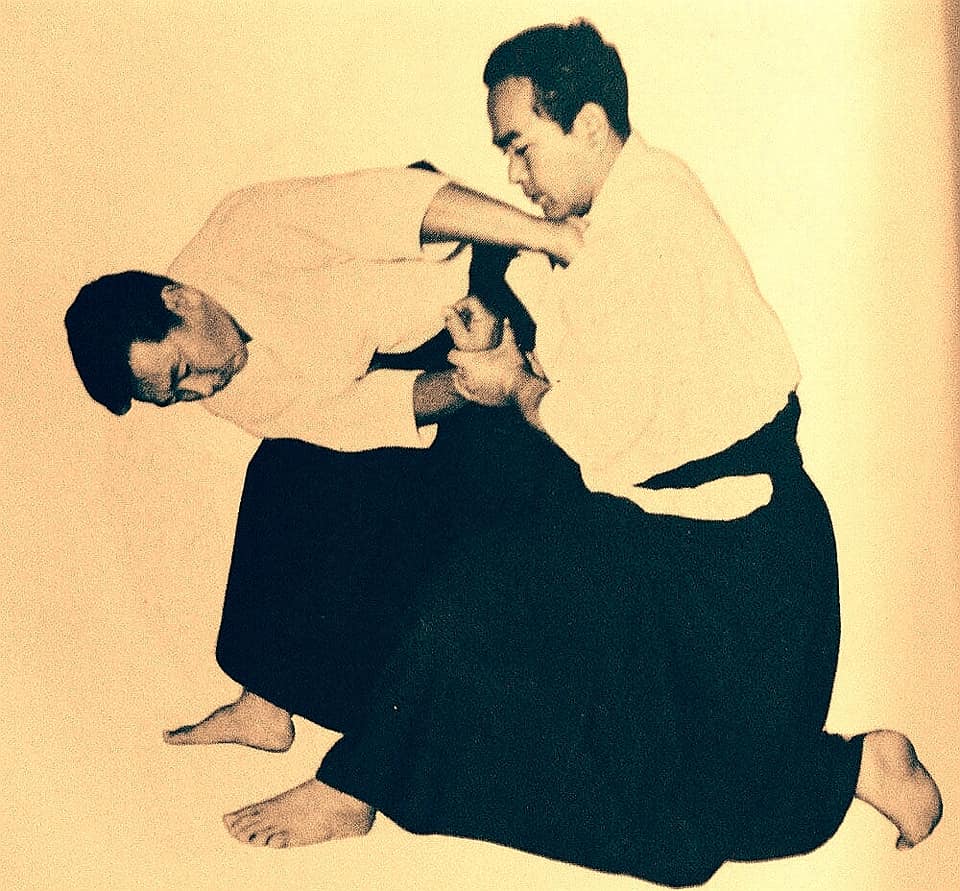 In 1942, Hirai Sensei was appointed Director of General Affairs of the Kobukan by Master Ueshiba, thus helping him in the management of the daily affairs of the dojo. He is sent as a representative of the Kobukan to the Dai Nippon Butoku Kai . Within this national organization, Hirai Sensei plays a major role in the evolution of the name of Aikibudo in Aikido, a term which will be “officially registered”.

Wishing to pursue his own path, Master Hirai changes the name of his style, from Kogado to Korindo, which means “to spread the light”. He developed his art, based on the principle of circular tai sabaki, by combining classic elements of Jujutsu, working with weapons and the teachings of Master Ueshiba. The Korindo taisabaki consists of seven forms or katas: kesagiri, kote sabaki, irimi sabaki, shiho sabaki, isogaeshi , tsui age and ushiro sabaki. Usually they are practiced alone, but they can also be done with a partner. These kata can be practiced with bare hands, with Ken or Jo.

In 1942, Master Hirai directs the department of Jujutsu of the military police of the Japanese army where he develops new techniques of arrests which he publishes in a manual entitled “Rikugun Kenpei Gakko Taijutsu Kyohan” (Manual of Taijutsu of the Police Military).

In July 1945, the Dai Nippon Butoku Kai awarded him the title of Shihan (guide).