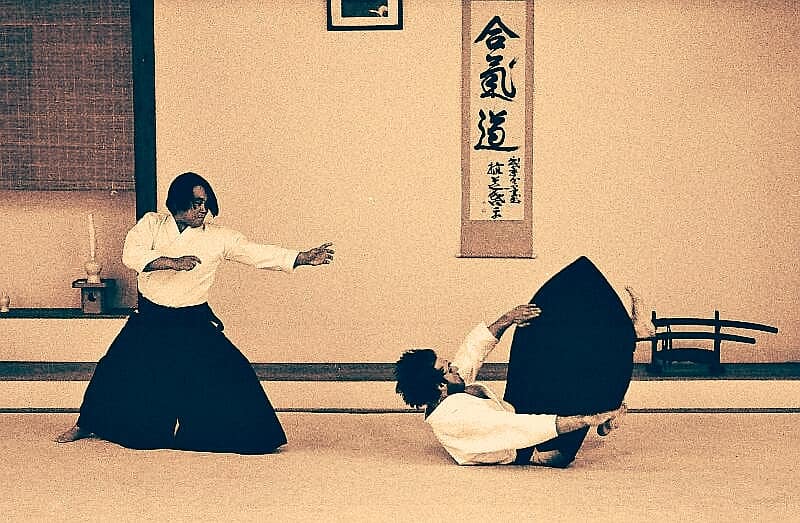 In 1965, Hombu Dojo received a letter from a group of martial arts students in Boston asking for a teacher. Kanai was sent to teach what had been estimated as sixty students; in fact, there were only six. The early years were difficult both financially and culturally – but he had staked everything on the attempt to establish Aikido in Boston and on his own terms. Eventually, the students began to come.

Over the next 38 years, close to six thousand students studied at his dojo, New England Aikikai; thousands more trained with him in Japan and at seminars throughout the United States, Canada, Central and South America, and Europe.

Kanai was one of the rare martial artists outside Japan who had emerged from a traditional martial arts environment and practiced his art in the traditional way: stressing its technical and philosophical purity, with little concern for its business aspects. Aikido was his world.

A generous, inspiring, and dynamic teacher, he brought into the world of Aikido students from all walks of life, and in that world he found colleagues, devoted friends, a multitude of grateful students, and his wife, Sharon Henn, who survives him along with his two children, Yuki and Misha, and his sister, Mitsuko Ohashi. “This past fall Kanai Sensei brought in some shinkens to class for cutting paper. This was quite a treat, since he hadn’t done this for about 7 years or so.”

“Basically he had some of the students hang some pads of paper from a string by a hook. One piece of paper is allowed to hang down and then it is spun. The student using the shinken has to time the draw, so that he/she cuts just as the paper (flat side facing the student) comes into the right position and you cut through the left edge through to the other side.”