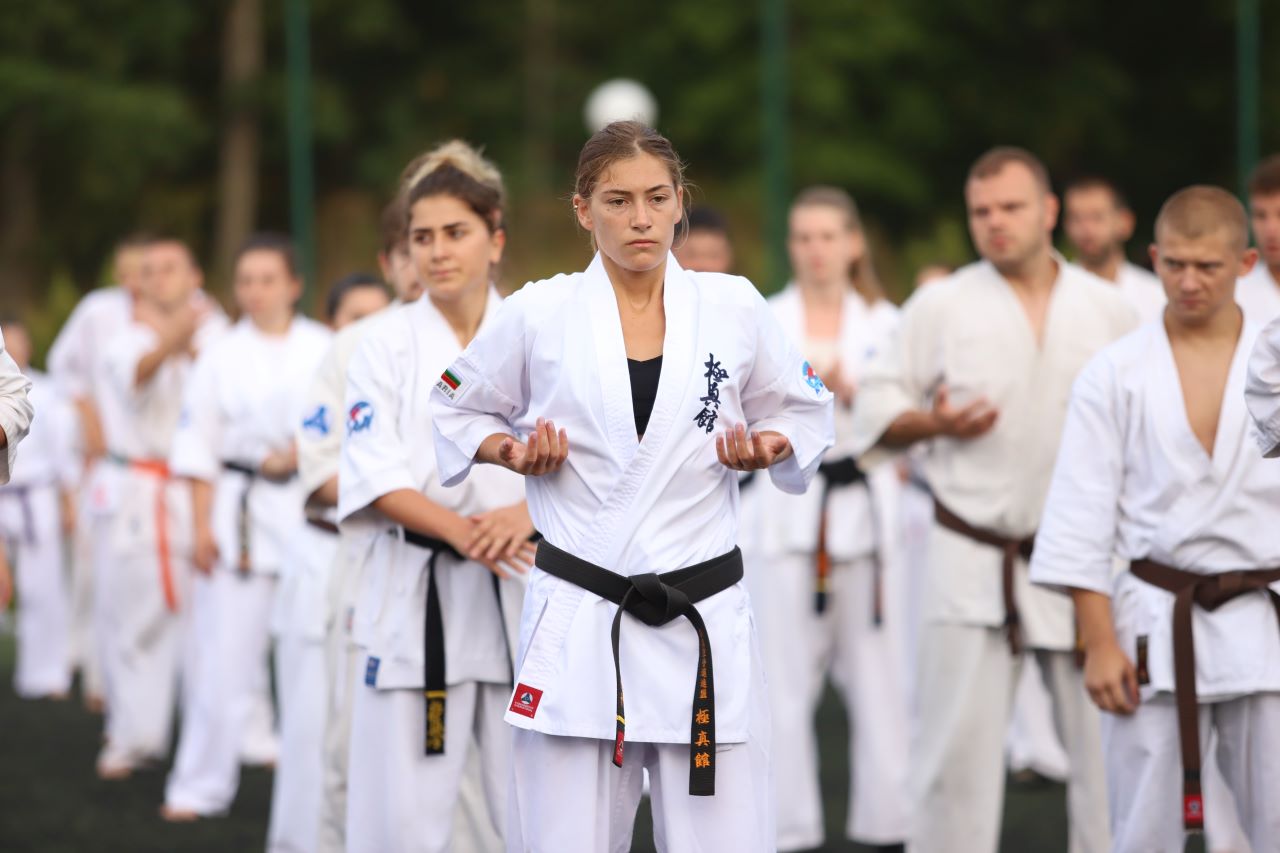 To Master the Supreme Philosophy of Enshin Karate, Look to Musashi’s Book of Five Rings for Guidance!

In the martial arts, we voluntarily subject ourselves to conflict in a training environment so we can transcend conflict in the real world. After all, we wouldn’t knowingly train in a style that makes us weaker or worsens our position. The irony of all this is that we don’t want to fight our opponent. We prefer to work with what an opponent gives us to turn the tide in our favor, to resolve the situation effectively and efficiently.The Japanese have a word for this: sabaki. It means to work with energy efficiently. When we train with the sabaki mindset, we receive our opponent’s attack, almost as a gift. Doing so requires less physical effort and frees up our mental operating system so it can determine the most efficient solution to the conflict.In this essay, I will present a brief history of sabaki, as well as break down the sabaki method using Miyamoto Musashi’s five elements.

Musashi was a samurai who lived during the 17th century. In feudal Japan, he was regarded as a kensei, or sword saint. Toward the end of his life, he wrote The Book of Five Rings, a classic on strategy and philosophy. It delineates the elements of air, water, fire, earth and the void. The timeless beauty of this text lies in the way it can help us understand those elements in a way that improves our skill in combat, as well as our ability to comprehend human nature.

For most of us nowadays, the martial arts are not needed for survival on a daily basis. We have laws and firearms to protect us. This fact makes the mindset and spirit of the martial arts even more important because they are what help us combat stress, handle people with opposing views and endure conditions that otherwise might threaten our well-being.

In the 1970s, my father Joko Ninomiya had a huge impact on the world of full contact — specifically, on kyokushin, the style of karate developed by Mas Oyama. In Japan, my father is known as the prince of karate and a modern-day Miyamoto Musashi. Why? Because when he fought, he used angles, leverage, positioning, timing and sensitivity to overcome bigger opponents. He didn’t rely on brute strength; he relied on sabaki.

In 1988 he created his own style of full contact called enshin karate. The name means “heart of the circle.” Enshin signifies not only the spiraling nature of sabaki techniques but also the authentic connection between ourselves and others, as well as the community at large.