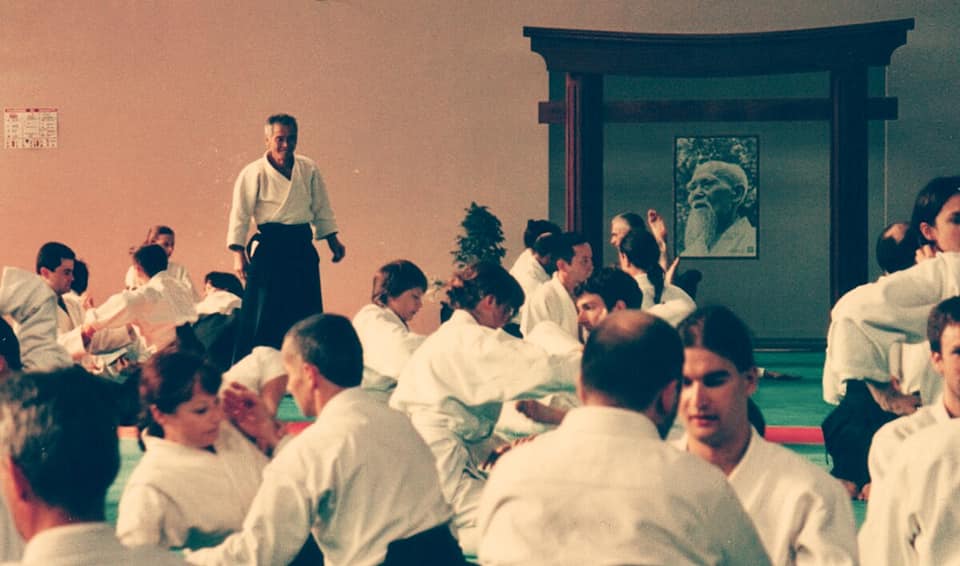 In September 1995, Tamura Shihan inaugurated his personal dojo in Bras , Var . The official inauguration of “Shumeikan dojo” was made in the Shinto tradition, thanks to the presence of his friend Masando Sasaki, Shinto priest Yamagake San’in and Shihan 8th Dan of Aikikai Tokyo.

In 1999 , he received the medal of Chevalier of the National Order of Merit. For nearly thirty years , Tamura Shihan ran regularly in France many federal internships in leagues, forming several generations of teachers and high leveled technicians, while striving to stay close to the basical practitioners. As worldly renowned and particularly appreciated Master, he facilitated courses around the world, especially as a delegate of the Aikikai of Tokyo for Europe in many European countries: Germany, Austria, Spain, Italy, Portugal Belgium, Holland, Switzerland, Sweden , Russia…

At the end of March 2010 , he gave his last international internship in Madrid. Master Tamura died at Saint-Maximin-la-Ste-Baume on July 9, 2010 . He was 77 years old.