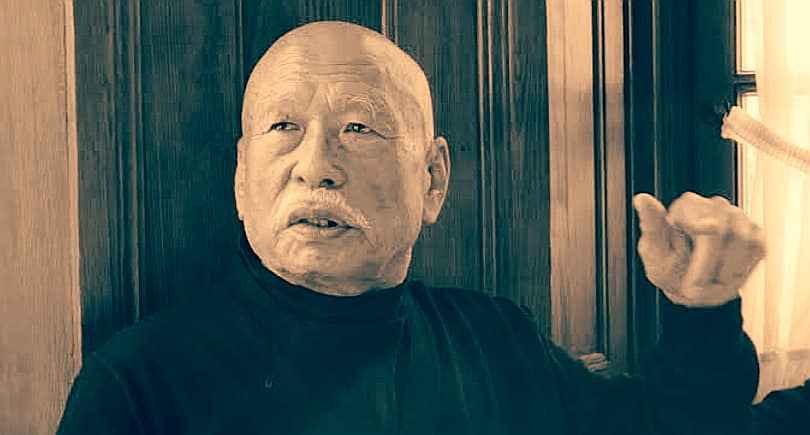 This is a part of an interview that was published in a collection of interviews with students of the Founder published in Japanese as “Profiles of the Founder” in 2009. It originally appeared in the August 2007 issue of Gekkan Hiden (“Secret Teachings Monthly”), a well known martial arts magazine in Japan.

Do you remember your impressions upon meeting the Founder for the first time?

I thought “Ah, it’s a Samurai. Someone unlike anyone that I’ve ever seen before. The very air around him is different!”. Does that mean that ukemi is training in grasping a sense of your partner?

If you think about it, that’s it. Being thrown is that kind of training, that’s why Aikido training is made that way. It’s no good if you are just throwing or being thrown like an object, and being proactive and throwing yourself doesn’t work either. It is training in feeling and detecting a sense of your partner at the time. Now we have training in throwing and training in being thrown. Both sides ought to be working on their sensitivity, but they just cut it off and throw. I didn’t understand that at the time. That’s why I got thrown for an hour straight back then while being scolded “No good! No good!” – but at the end I was told “OK!”. I’ve never been scolded for that again since that time. It was a valuable experience.

He was a very interesting teacher, wasn’t he?

Yes, he was. It wasn’t just the physical practice, it was training in seeing things. For example, when we entered a coffee shop together he would point at one of the customers and say “Hey, who do you think is stronger, you or me?”. When they said “Huh?” and looked confused he’d say “It’s no good unless you understand right away. Train until you understand right away!”. (laughing) Or he would say “If you think that I’m stronger than you then train again!”. (laughing)

It certainly seems like a Zen Mondo (*Translator’s Note: question and answer dialogue). What words of the Founder do you most remember?

He mostly spoke about the Gods. What I most remember is “It’s the navel!”. But I didn’t understand at first, there were many things that I only understood after studying bonesetting. The navel stands in the center, when walking or sitting. The navel is history, it connects you to your parents and your ancestors. You have often said “Move like a ball around your navel” in your explanations, and “Lift up your shoulders and breathe firmly”.

That’s right. It’s because one raises their shoulders slightly than their shoulders can move easily. It is because one breathes firmly that they can stand firmly. If you think about standing normally, one rests on the surface standing like a stick. If you think of the navel, it is the line of the pelvis. Everything above the navel stretches upwards, everything below stretches downwards. This is the real way to stand. That is why we can walk in the shape of an “X”.

You mean standing actively rather than just as an object that has been placed there?

That’s right. Then one can move because their back is filled with air. If you don’t have that your knees won’t move. The place where you are standing is “The Floating Bridge of Heaven” (天の浮橋), and I believe that place is alive. For that reason it is important to first become like a ball and stand firmly. The Founder often spoke of things related to the Kojiki.

That’s right. Once the Founder brought a human anatomical chart and and explained with the Kojiki in one hand. He said things like “the Naohi (“correct mind” / 直霊) is here” while pointing to the muscles and bones – he really explained quite clearly. At the time, however, I just thought “What is this?”. It was just the one time so I don’t really remember many details.

Rather then anything that he said, what I remember well is the Founder’s Kiai.

I remember it well. It wasn’t the normal “Ei!”, first there was an intake of breath like drawing a bow, then there was a “Iei-ei!” sound that felt like it was pulling at you. His voice wasn’t a straight line, it was a spiral voice. His abdomen would rotate and issue his voice. I remember that well.