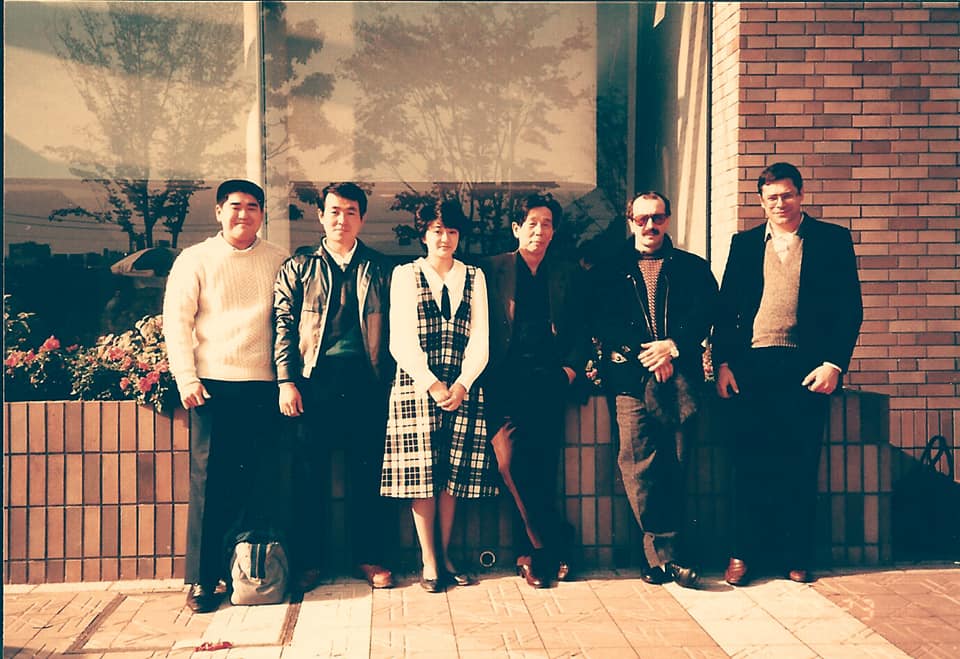 Meet with the founder of Aikido, Morihei Ueshiba Sensei

Then Seigo Yamaguchi had got two letters of recommendation and introduced himself to the founder, Morihei Ueshiba (O-Sensei). It was destined encounter of the amazing person and he decided to be a student (Uchi-deshi) of O-Sensei, but this personal choice was quite unusual at that moment because many of Japanese were struggling with acquiring foods after their defeated national environment and nobody looks after Budo. Moreover Budo was officially forbade by the US officials. It was also unique to specialize in Aikido as Uchi-deshi without having any other job and it means that he became the first professional of this budo. Gradually this budo became known and he started to teach it not only at Honbu dojo but also at many places such as Japanese Defense Agency, Meiji University, Tokyo University, other public Dojos and so on. Obviously Seigo Yamaguichi played very important role in the development of Aikido.

Seigo Yamaguchi sensei early started his Aikido teaching career in overseas countries. First occasion was going to teach Aikido to Burma’s (Myanmar) national army as a Japanese national mission. It was cultural mission and also part of the compensation for the former War. Since 1977 he visited many regions such as South and North America (Brazil, Argentina and Uruguay, New York, Hawaii, Canada), and Europe (France, Germany, UK, Swiss, Belgium, Denmark). Among these countries Europe was major region and especially France was principal country for his activity of Aikido.

The first special seminar in Paris was held in 1977 and it was continuously organized until 1995 except 1989 because he lost his daughter this year. During these periods many participants were gathered and the number of people grew year by year between 200 and 450. In Germany and U.K. main bases were Mannheim University and Oxford University, respectively and people came to these Dojos from everywhere. He even gave speeches about Aikido and they are left in his notebook. It is notable and memorable that some key persons (French and German) played major role in order to realize these seminars.