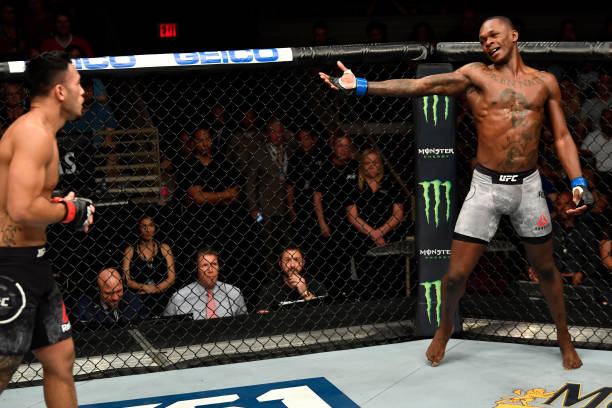 Boec.com brings you UFC 236 results for the Holloway vs. Poirier 2 fight card at the State Farm Arena in Atlanta, Georgia.

Kelvin Gastelum squared off against undefeated Israel Adesanya for the UFC interim welterweight title in the co-main event, but came up short. Adesanya edged his opponent and captured the interim title. He will now have to face fellow fighter from Down Under – Robert Whittaker.

Check out UFC 236 results below: