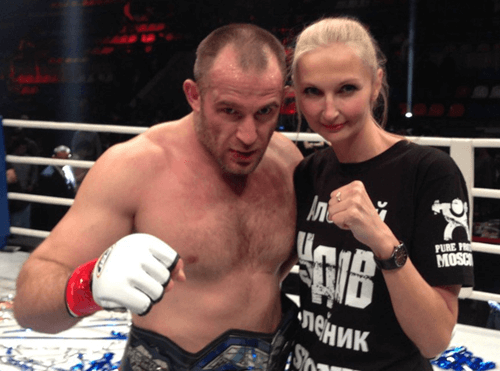 The UFC’s upcoming trip to Texas will feature some key matchups at flyweight, bantamweight, and heavyweight.

Top 10 ranked fighters Liz Carmouche and Roxanne Modafferi will meet in a 125-pound bout at UFC San Antonio this July, one of several announced bouts according to the San Antonio Express News.

ESPN was the first to report the Carmouche-Modafferi matchup.

Carmouche (13-6) has won four of her last five bouts, including two straight in the flyweight division. She is coming off of back-to-back unanimous decision wins over Lucie Pudilova and former Invicta FC champion Jennifer Maia. Modafferi (23-15), a 15-year MMA veteran, has alternated wins and losses in her last five appearances, most recently defeating Antonina Shevchenko by split decision.

Pennington (9-7) has lost two straight, including a failed bid to wrest the bantamweight title from Amanda Nunes last May. She’ll be facing the streaking Aldana (10-4), a former Invicta FC standout who has won three straight in the Octagon. Aldana defeated Bethe Correia by third-round submission earlier this week at UFC 237.

The Oleinik-Harris meeting is a re-booking of a fight that was originally scheduled for UFC Ottawa on May 4. Oleinik (57-12-1) was pulled from that bout to serve as a replacement for Alexander Volkov opposite Alistair Overeem at UFC Saint Petersburg. He would go on to lose to Overeem by first-round TKO, while Harris (12-7) would instead take on newcomer Sergey Spivak at UFC Ottawa and record a 50-second TKO victory.

UFC San Antonio is scheduled to take place at AT&T Center on July 20 and the main card will air live on ESPN.

See the updated card below (bout order to be determined):