Vasily Tsarikov: “I’m not fighting with a name or a country, but with a Rival” 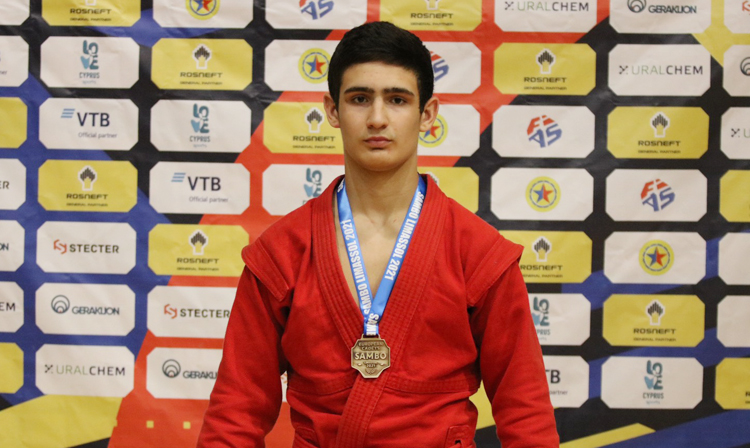 The gold medal winner in the weight category up to 71 kg of the European Cadets SAMBO Championships, the Greek athlete Vasily Tsakirov, immediately after winning the final, told the FIAS website about the specifics of training, attitude towards rivals and the advantages of being number two.

The final fight kept the audience in suspense until the last second, but you still managed to bring it to victory. What helped you to win?

– Our workouts are very different and always intense. You have to train twice a day – in the morning and in the evening, this happens every day. On Saturdays – one training session and running to the mountains, Sunday is a day off, but sometimes Sunday is a day of struggle.

Was there an advance preparation for each of the rivals that you managed to pass today?

– I don’t prepare in advance for a specific rival; I even try not to look whom I have to fight with. When I go out to the mat, I am not fighting with a name or a country, but with a rival.

That is, all the decisions about how to fight, what tactics to choose, you make already on the mat?

Are you listening to the coach’s tips?

– Of course, he knows better from the outside.

Did you manage to impose your fight on the Ukrainian athlete in the final today?

– I think yes. This was our first meeting with him, before that we had not fought. Before, we watched literally one fight with the coach, understood what his strengths and weaknesses were, and made a start from this.

So how did you manage to win?

– I think, largely due to tactics. The fact is that I always work as number two, so it’s easier to catch an opponent on a mistake.

And the final fight turned out to be just like that?

– Yes, Makar went on the attack from the very beginning, after that it became clear to me that the fight would continue to develop in the same vein, so I understood how to conduct the second half of the fight.

Two seconds before the end of the fight, you are on hold. Was it a tactical move on your part, or did your opponent really successfully perform a technical action?

– It was a tactical move. The seconds were running out, there was no point in wasting energy on the fight. The main task was to prevent the Ukrainian athlete from throwing.

Greek sambists made themselves known not only at this tournament, but also at the World Youth and Junior Championships in Thessaloniki in October this year. The anthem of your country sounded on the arena. How important is it for you?

– It is very important for me. I’m proud of that.

What are your plans for the future?

– Go forward without stopping and repeat the success next year.