Yildirim: We will do our best to bring the belt home to Turkey 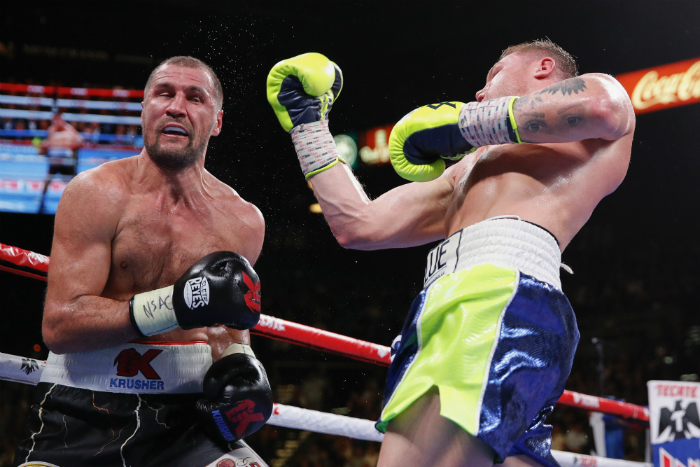 As much has been acknowledged by the super middleweight contender, who vows that the Feb. 27 unified 168-pound title fight will end with his serving as the lone active champion out of Turkey.

“It will be my chance to win the most important fight as the son of this country,” Yildirim insisted during a press conference at CVK Park Bosphorus Hotel in Istanbul. “I hope that we move forward with the prayers of the Turkish people.”

Istanbul’s Yildirim (21-2, 12KOs) has not fought since a technical decision loss to Anthony Dirrell in the Feb. 2019 vacant WBC super middleweight title fight.

Yildirim remained the number-one contender, was believed to have hit the jackpot when Alvarez (54-1-2, 36KOs) enforced his WBC “Franchise” champion status to challenge for the vacant title.

The two-year wait wasn’t ideal, although it gave Yildirim time to recover from separate injuries which left him unable to compete for all of 2020.

“Since my last fight, I had some minor injuries, the pandemic affected me, but we were patient and we continued working,” notes Yildirim. “I continued my training in the United States and Germany for 21 months outside my country. I did not give up.”

Nor has a nation ceased believing in him, no matter the odds.

“Avni and professional boxing in Turkey is at a very high level that no boxer in the country has reached so far,” Eyup Gözgec, president of the Turkish Boxing Federation stated. “Whatever the outcome of this fight is an inspiration to all young athletes. I want to thank Ahmed Oner for everything he has achieved for boxing in Turkey.”

“I wish Avni Y?ld?r?m success. A true champion. I believe with all my heart that Avni will win this important fight.”

“It is said that the end of the patience is salvation, patience is a good sign,” notes Yildirim. “We have done everything to win this important fight. I trust my coach Joel Diaz, who has helped me to improve significantly.”

“It is a great honor to represent my country on such a big stage. We will do our very best to bring the WBC green and gold belt to our country.”