Carl Froch was not impressed with Oleksandr Usyk’s heavyweight debut 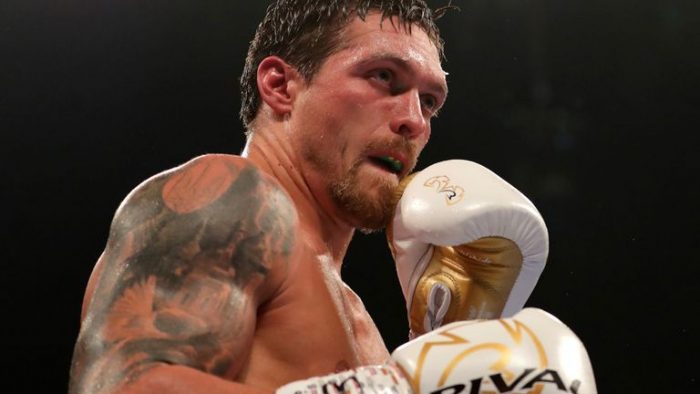 Former super middleweight titleholder turned Sky Sports boxing analyst Carl Froch has never been short on opinions, and in his recent look at the heavyweights, he noted that he still sees Oleksandr Usyk as a major question mark in the division.

Froch, who went 33-2 (24 KO) in his career between 2002 and 2014, retiring after beating George Groves in front of 80,000 screaming fans at Wembley Stadium, said he wasn’t impressed with Usyk’s debut at heavyweight last year, a win over Chazz Witherspoon:

“I’ve got my reservations about Oleksandr Usyk, just purely because he’s not a natural heavyweight and he’s not beaten any of the big names. He boxed that journeyman in his first fight in the division and I wasn’t really impressed. He did what he needed to do, but his opponent was hapless.”

It’s fair enough, really. The former cruiserweight king Usyk (17-0, 13 KO) didn’t receive rave reviews from much of anyone for that fight. Not only was Witherspoon (38-4, 29 KO) coming in on short notice, but he’s an old busted prospect who got busted a long time ago and never did do much after. He’d been fighting on a club level for seven years, since getting beaten up by Seth Mitchell on HBO in 2012. (Yes, Witherspoon’s last relevant fight before Usyk was so long ago that Seth Mitchell was still a guy HBO were hoping to make happen.)

Not only that, but Usyk didn’t pass the eye test with flying colors at heavyweight. Coming in at 215 pounds, he looked a little soft; not everyone has to be Mike Tyson, Evander Holyfield, or Anthony Joshua shredded mind you, but not having that natural heavyweight frame is reason to give anyone pause, despite Usyk’s excellent skills.

Usyk’s not a small man, but he doesn’t have that natural heavyweight thickness to him. I mean, Deontay Wilder doesn’t either, at least compared to a lot of his peers, but Deontay is 6’7” and has built his body up with added muscle since he turned pro essentially as a really tall cruiserweight. And Deontay has a true eraser, which Usyk does not.

We’ll find out more about Usyk when he gloves up against Derek Chisora (32-9, 23 KO) at some point. The two were set to meet on May 23, but that’s been postponed, and there isn’t a new date just yet. Chisora isn’t a world class, elite-level guy, but he’s tough, experienced, and can put the pressure on that Witherspoon just couldn’t.