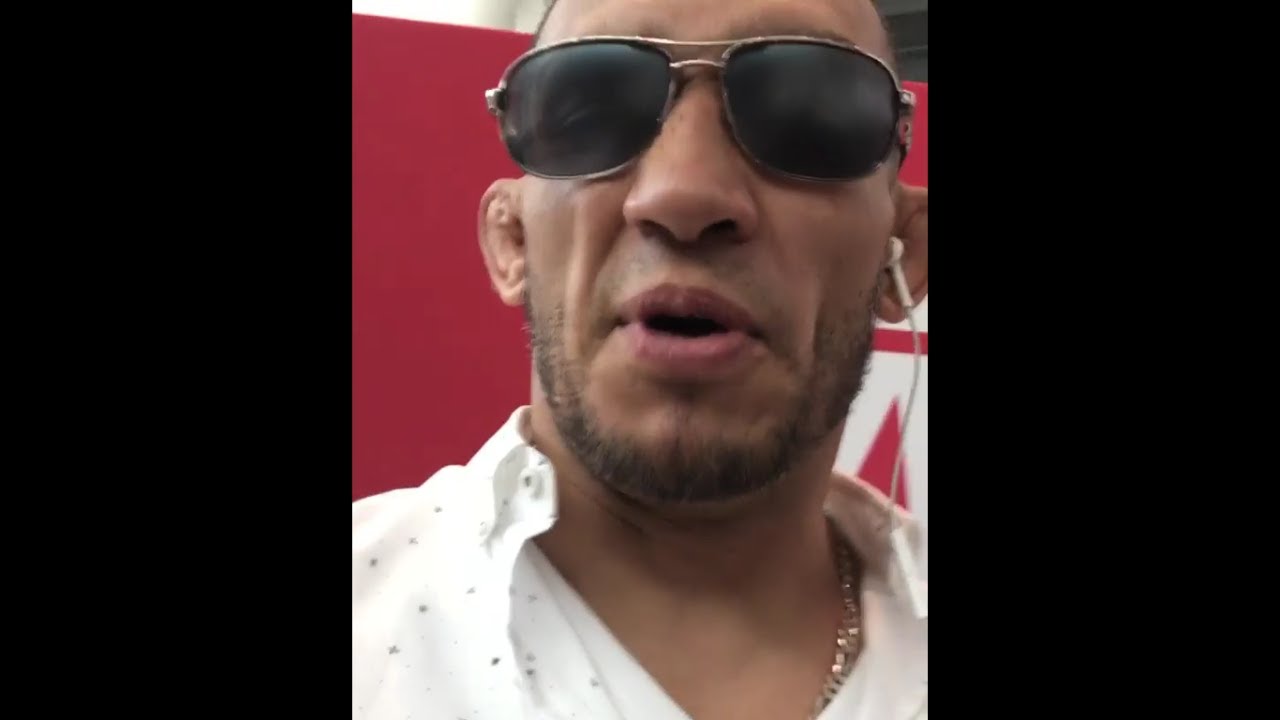 After Khabib Nurmagomedov announced that he would not compete at UFC 249, Tony Ferguson is calling for the lightweight champion to be stripped of his title.

The highly anticipated showdown, which was scrapped for the fifth time this week, was supposed to take place on April 18 at a location still to be determined. Due to the ongoing coronavirus pandemic, Nurmagomedov traveled home to Russia and ultimately made the decision to stay quarantined at home with his family rather than trying to travel again for the fight.

“Obviously, I was very upset,” Ferguson said in an ESPN interview shortly after Nurmagomedov’s announcement on Wednesday. “I feel more for everybody else that’s actually going through some hard times. It’s a little bit different, of course, I’m a little bit pissed. He had the opportunity to stay here.

“He was in Abu Dhabi, he had his chance to be able to come back before the borders were closed in Russia. Decided to go back to Dagestan, did not finish his camp. The guy does not want to fight. He’s scared, he’s running. He should be stripped of his title.”

Nurmagomedov was originally training in San Jose at the American Kickboxing Academy when the governor of California issued an executive order shutting down gyms in the state to help slow the spread of COVID-19. Despite the restrictions, Nurmagomedov continued training with minimal coaches and teammates attending each session.

The undefeated Russian then flew to Abu Dhabi after he said the UFC informed him the card would “99 percent” be there. But he said he was restricted from entering the country and decided to finish his camp in his home country. Russia then closed its borders to restrict people from coming into or leaving the country as an additional measure against the deadly coronavirus pandemic, which he said left him stranded.

On Wednesday, Nurmagomedov made the call to forgo the title fight in order to respect the quarantine that’s been issued.

Despite those claims, Ferguson just isn’t buying it.

“I’m more down to fight than anybody, any time, anywhere unless the circumstances are completely different,” Ferguson said about Nurmagomedov’s decision. “The fight’s against Khabib. This is the guy. Everybody just wants this fight. I get what he wanted to do. Obviously, he’s here, his family is back home in Dagestan, it is what you’ve got to do but he had the opportunity and he did the exact same thing at UFC 209.

“He knew that he wasn’t cutting weight very good. He said it already that he was having a hard time cutting weight, focusing and doing everything else like that. To me right there, he’s running away. He ran away. He obviously knew what he could do to help save this card. He didn’t want to take any of those chances. Everybody’s taking risks. He bailed out. It’s pretty hard to explain but he bailed out.”

With Nurmagomedov out, lightweight contender Justin Gaethje has been offered a short notice opportunity to face Ferguson at UFC 249. Multiple people, who asked to remain anonymous because the promotion’s plans aren’t public, told MMA Fighting that nothing has been decided regarding a potential fight between Ferguson and Gaethje as the UFC scrambles to save the card on April 18.

In a video of Ferguson’s full interview with ESPN, Ferguson didn’t completely rule out a fight with Gaethje under the right circumstances.

“The dude’s got a 4-2 record, man – he’s got half,” the ex-interim champ said. “When all these things happened, when they stripped me of my belt, remember I said it’s like a round robin tournament. I had to fight everybody. I fought everybody that was in the top five, and I knocked them out, or finished them in great fashion, and here we go, we’re back in the same spot. It’s like the UFC are trying to play keep-away with me.

“Nothing against the UFC – I know they gotta make their money and stuff, but I’m the champ. I don’t have my belt right now, because we’re here at practice. I’m still doing my thing, and we’re about to get down and dirty. It doesn’t matter who we have, we’re going to try and make this thing go so, at least some of the people in the world have a little bit of hope. Because the guys that are really doing it are the doctors and the nurses, the people taking care of everybody.

Ferguson added he wouldn’t agree to a fight if he doesn’t know the location of the event.

“If you don’t have the location, how do you expect me to prepare?” he said. “I don’t need 24 hours – give me a couple hours to talk to my team and then we can go from there. We’ve had maybe 100 different locations. We’ve been told to wait that same day, ore we’re have an answer. We’re on pins and needles after practice, and I’m tired as heck and I want to go home, and I can’t, because we’re waiting to see if this dang fight is going to happen.

“One thing I know is, I’m going to stay consistent with my training, and it doesn’t matter what location. You could drop me off on Khabib’s doorstep, and that dude still will not fight. It’s defend or vacate. That dude needs to be stripped.”