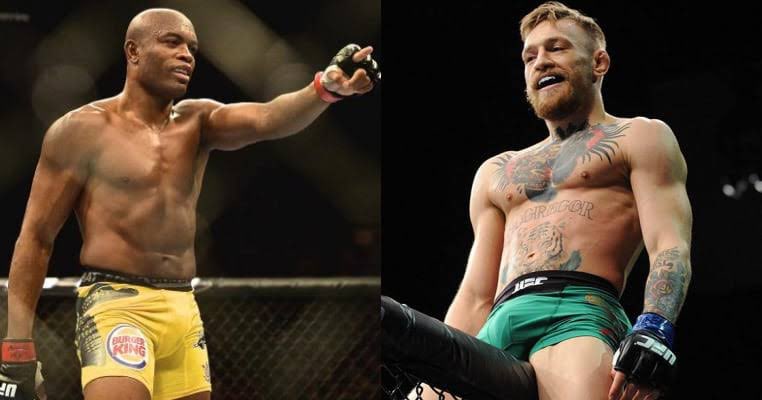 The newfound love of Daniel Cormier towards Conor McGregor didn’t end with DC’s statement that everybody gets paid more now because of “The Notorious”.

For good or bad, the so-called ‘super fights’ are starting to be a major part of MMA’s agenda nowadays and the potential Jon Jones – Francis Ngannou bout being one of the most talked things in the past few weeks.

Although the chances of such a clash happening are getting slimmer with every single day due to Jon Jones’s antics, there was a new ‘super fight’ idea that was born.

Several days ago Anderson Silva himself proposed to fight Conor McGregor in a catchweight fight and the Irish fighter was quick with his YES answer.

And while many were quick to say there’s no point in such a fight, the former light heavyweight and heavyweight UFC champion think there’s more to it.

While debating whether Anderson Silva is a viable option for Conor McGregor, Daniel Cormier argues the fight would be bigger than Jon Jones vs. Francis Ngannou.

“If everybody else is matched up, why not?” he said. “Here’s the deal, people all want to have a problem with everything. First off, Conor vs. Khabib, he doesn’t deserve a title fight he needs to fight Justin [Gaethje]. Okay, don’t let him fight Justin because Justin deserves a title fight. So now he is on the outside of 155, sure.

“He wants to go to 170, oh he doesn’t deserve a title fight against Usman. We don’t want to see him fight Masvidal because it’s a bad matchup and Masvidal needs to fight Usman. Okay, so he is out. Diaz? Oh, no we are not interested in the Diaz fight, so he is on an island he is out. Let him fight Anderson Silva, why does it matter.

“If everybody has a problem with everything and you don’t want him in a meaningful fight, you don’t think he has done enough to re-earn a title fight, let him fight Anderson Silva,” Cormier continued. “That’s fine, I’ll watch it 100 percent.

“It’s funky of course because Anderson has been so big for so long. But, hey if that’s where he would have to go to get a big fight, and it would be a big fight.”